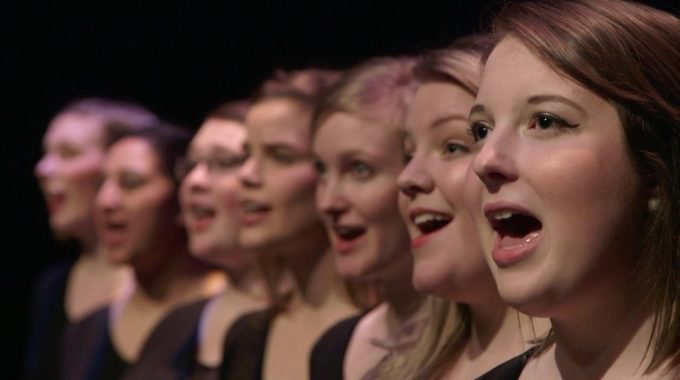 Xara Choral Theatre is remaking the idea of the “choir.” Weaving together contemporary choral singing, movement, lighting, and spoken word, their breakthrough performances tell stories that are transformative for audiences and performers alike. This professional company of women is led by co-Artistic Directors Christina Murray and Claire Leger.

In July 2013, Canada’s national choral competition proclaimed Xara the top women’s choir in the country. In 2015, the ensemble released their first full-length album, Here on these Branches, which was subsequently nominated for an East Coast Music Award for Classical Album of the Year. Recent highlights include an extensive tour of the Maritime provinces with their acclaimed show Fatty Legs, and a spotlight performance for a national audience at Podium 2014.