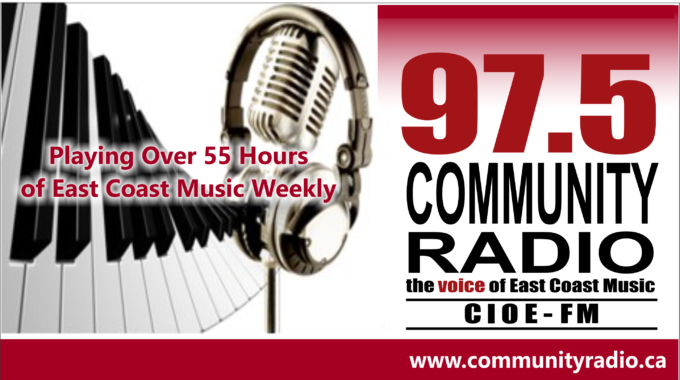 CIOE 97.5 FM is the Voice of East Coast Music, established in 2015 as a non-profit organization. CIOE 97.5 is totally volunteer driven by a highly talented team of broadcast professionals and other participants who are involved because they love

radio and the incredible things the station is achieving. There are no salaries paid to anyone involved with the station.

We broadcast nearly 60 hours each week of Atlantic Canadian artists from virtually every genre. In addition to our on-air coverage of the HRM and beyond, CIOE also streams live online at www.communityradio.ca, which gives you and your fellow artists worldwide exposure.

CIOE 97.5 is totally committed to exposing and promoting the treasury of world-class talent through our 60 hours of East Coast music, our specialized music/talk-based programs, which are often co-hosted by your peers, and our monthly live in-house concerts and CD release parties.

Every year we host holiday shows featuring East Coast and Canadian talent. This year to celebrate Canada 150, we played 150 of continuous hours of Canadian music from June 25 to July 1. We bring live East Coast talent right into the CIOE Concert Hall.