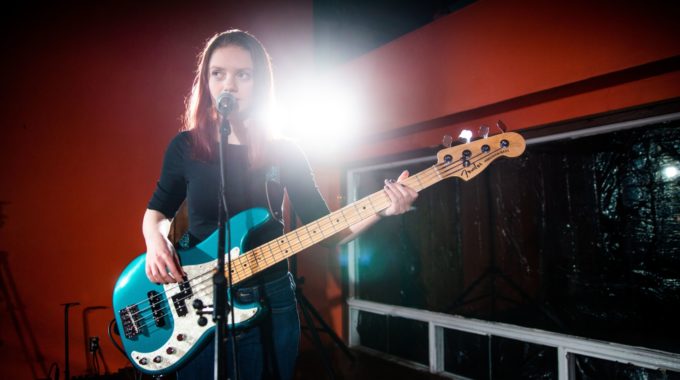 Clare Follett is a singer, songwriter, multi-instrumentalist, and producer from St. John’s, Newfoundland. You may have heard of her when she spent all of 2016 covering the complete 52 song discography of Marianas Trench - recording, producing, mixing, and performing all the parts, then uploading video versions to a YouTube channel. But Clare is not your typical cover act. She has accepted three consecutive Arts and Letters Awards for her songwriting and she also won the chance to travel to Trinidad as the winner of Club One New Releases' high school musician contest.

In August of 2017, Clare released her debut album “Neck Deep”. The album consists of music that she wrote, recorded, produced, mixed, and performed all by herself. The album led Clare to be nominated for MusicNL’s Pop/Rock Artist of the Year and Songwriter of the Year, along with the Rising Star of the Year award, which she won.

Besides her accomplishments as a solo artist, she has also worked with other artists such as Nick Earle, Cassidy Rich, Adam Baxter, and Home By Ten as a producer, bassist, and backing vocalist. She is currently studying double bass in music school and intends to continue pursuing music as a career.