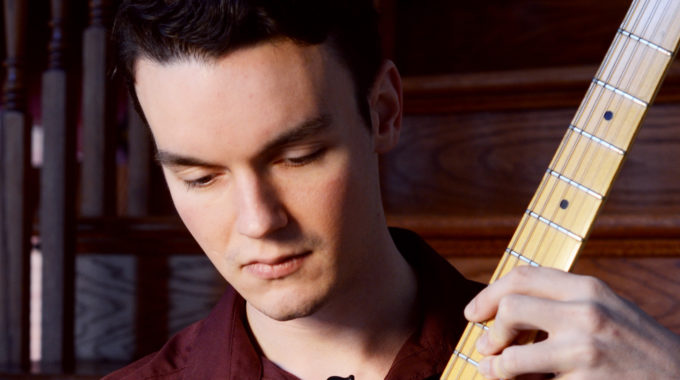 Cody Degaust delivers lyrical awareness wrapped with a smokey pop sound. ‘Substance Romance’, released in May 2016, is influenced by styles ranging from the Beatles, through 70’s jazz, up to modern indie pop.

The eleven track original album has been recognized by the industry with a Nomination for Music Nova Scotia 2016 Awards, Alternative Recording of the Year.

The Cape Breton born artist is the next generation in his lineage of musicians and singers side stepping the traditional sounds of this musically renowned part of Canada. Cody began playing guitar at age 12 and developed his skill and musical intuition hammering through classic rock tunes and writing new styles jamming with schoolmates. High school birthed his first band, Tomorrows Attraction. The band recorded and performed in a professional capacity playing local festivals and receiving air play on the CBC.

Cody has an instinct for music that has propelled him toward not only performance and writing, but to engineering and producing. His post-secondary studies in applied music technology was the catalyst for his first original album recorded in 2010 titled Liars & Thieves. The album was recorded at Sound Park Studios with award winning engineer/producer Jamie Foulds. Ironically, Degaust was set back from his musical ambitions as it highlighted a place of resentment and disappointment experienced by many young people ready to make their own way.

Feeling a renewed direction for his writing and expression of his music, Cody began recording again early in 2015 reflecting upon struggles, relationships, and perseverance.

‘Substance Romance’ is an organic jazz pop creation we will all recognize to be Cody Degaust.