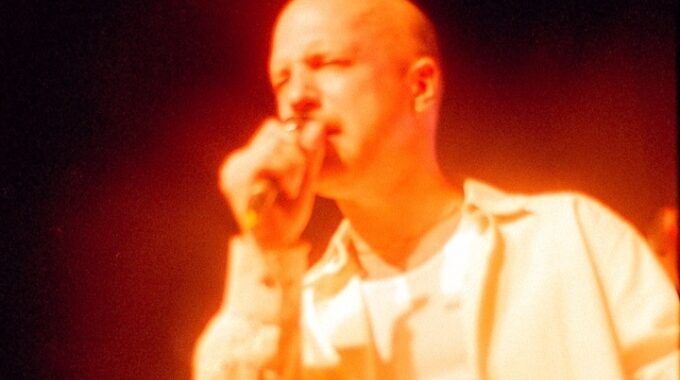 Alfie started singing in his city choir. At age 13 he started writing poetry. After school he would record over popular hip-hop instrumentals by The Neptunes, Timbaland, and Kanye West. He started releasing rap music on websites like Soundclick and MySpace. At age 18 he played his first show at a small club in Halifax. Years later he connected with a group of locals including producers My Best Friend Jacob, Matty Galaxy, videographer White Trash Tyler, and rapper Thrillah.

Throughout the 2010’s Alfie grew his local fanbase by releasing conceptualized projects and playing shows. He moved to Toronto in 2015, teamed up with YogiTheProducer, and rediscovered his singing voice which ignited the genre-bending, self-aware artist you now love.

In late 2017, Alfie returned home and put together his first band. Throughout 2018 he focused on re-grabbing the attention of his hometown, and introducing them to the new sound. The buzz amplified and he sold out every show that year.

At the end of 2018, Alfie moved back to Toronto. A few releases and many shows later, he opened for The Free Nationals just one week before the city locked down due to COVID.

In late 2020 Alfie returned home to the East Coast of Canada and is now preparing for a year full of releases in 2021 including a debut EP, and album.