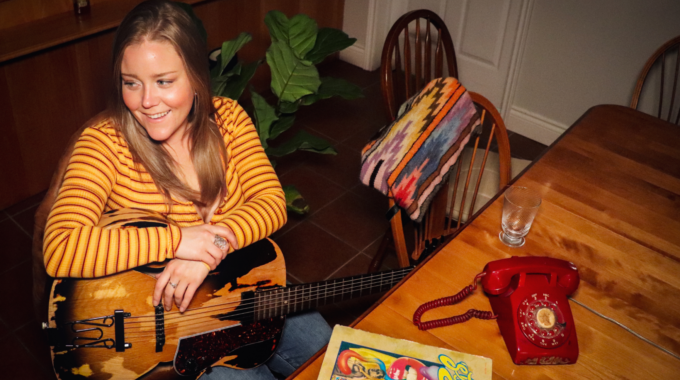 There is a tangible, indelible honesty woven into Colette Deveaux’s music, which is known for evoking a powerful, oftentimes somatic response from her audience. Colette’s ability to describe and inspire emotion through music can break you open and delicately put you back together again. Currently based out of her hometown of Sydney on the beautiful East Coast Island of Cape Breton, Deveaux has been quietly and diligently making a name for herself among Canadian artists for the better half of the decade. Inspired at a young age by the works of Leonard Cohen and Canadian independent icon Greg MacPherson, Colette creates a mixture of thoughtful, moving poetry and infectious melodies to create a truly memorable sound. Colette and her band were the winners of the 2019 “Under the Breton Sky Emerging Band Contest,” winning an opening slot at the festival headlined by The Trews. She performed at the 10th anniversary HUFF songwriters show later that same year. Her first single “Honey” was released in 2019 and featured on CBC Radio, Sirius XM, Stingray Radio’s East Coast Channel, and many local and national stations.