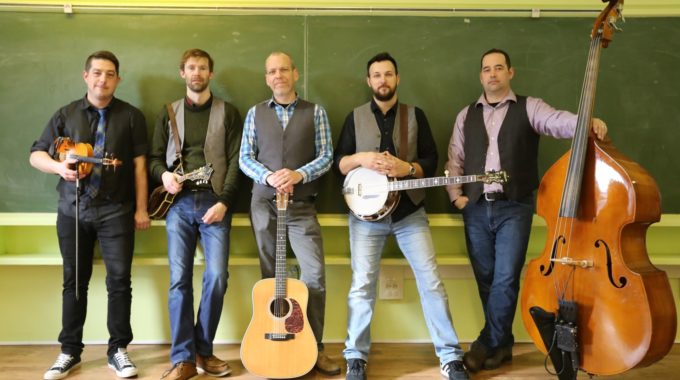 Crowdis Bridge (crowd-ess) has been entertaining folks in small towns and strange places since 2008. Lovers and purveyors of roots and traditional music, they are steeped in bluegrass, old-time, folk, Celtic and country-blues. This Cape Breton group of multi-instrumentalists, vocalists & songwriters creates a musical landscape as amazing and diverse as the Island they call home.

In 2012, their sophomore album, The Seasons & The Rhymes garnered national radio attention and was nominated by Music Nova Scotia for Country/Bluegrass album of the year. They have performed at countless festivals and venues across Atlantic Canada. Their greatly anticipated and long-awaited follow-up album, “Stories & The Graves” was released in September 2019; it is continually receiving high praise and recognition.

After over a decade of progressing together as a band; recording 3 albums of meaningful original songs; countless hours on stage and on the road with each other; Crowdis Bridge has achieved a well-polished, highly entertaining level of performance and musicianship.