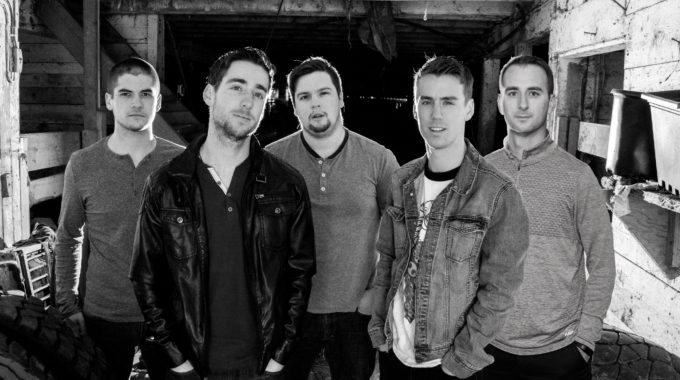 From the basement to on display for the world, the Loyal Thieves are winning fans over one day at a time.

Formed in 2012, the Loyal Thieves have taken their love for rock n’ roll to the studio, and the stage, where their sound of powerful guitars, riffs with attitude and smooth vocals have been on display. A modern-rock vibe with a hint of classic-rock nostalgia have been enjoyed by fans of all ages over the last seven years as the Loyal Thieves have become a staple in the East Coast rock scene.

Never short of energy and a sound that hits you like a ton of bricks, the Loyal Thieves are quickly becoming known as one of the hardest working bands in rock n’ roll.

The release in 2015 of their self-titled, debut EP was followed with positive reviews. From the opening anthemic rock track, “Empty Room”, through the vulnerable rock-ballad of “Ordinary Dream” and finishing on the knock-you-off-your-chair jam of, “Nowhere Fast”, the six-song collection quickly gives you a taste of the bands capabilities. Recorded and produced at The Sound Mill (Emyvale, PEI) by Jon Matthews (Music PEI award winner & ECMA nominee), the release showcases the many layers of the band while successfully carrying over the energy from their live performances.

The bright-spot from the release was the single, “Nowhere Fast”, which was licensed by NASCAR and 704 Games to be featured in the officially sanctioned, NASCAR Heat 3 video game for Playstation, Xbox and PC as a theme song and a part of the games soundtrack alongside “Highway Tune” by Greta Van Fleet. The Loyal Thieves were one of only two Canadian bands featured in the 18-song release.

In 2016/2017, the band went on hiatus to allow members to travel the globe, agreeing that they would reconvene in 2018 to begin writing new material for their next release.

The five rock n’ rollers from the East Coast look to 2019 as a pivotal year in the bands growth. They’ve quickly gone from a local rock-act to developing a fan-base stretching across North America with the success of “Nowhere Fast” in NASCAR Heat 3. They will enter the studio early in the year to record the follow-up songs to their self-titled EP with a spring 2019 release in-mind.

A return to the stage will come during a busy summer highlighted with a performance at the Kentucky Speedway (Kentucky, USA) prior to the NASCAR event in early July.

Don’t sleep on the Loyal Thieves. With a team made up of no more than the five band members, they’ve taken a self-funded release into a major video game franchise, which they’ve received considerable media attention for across North America. They’ve also taken their act to the United States to perform for NASCAR at one of their major racing events (capacity just shy of 100,000) and are currently being spun by over a half-dozen radio stations across Atlantic Canada. The boys are just getting going - with some steam behind them, who knows where they may end up in the near future.