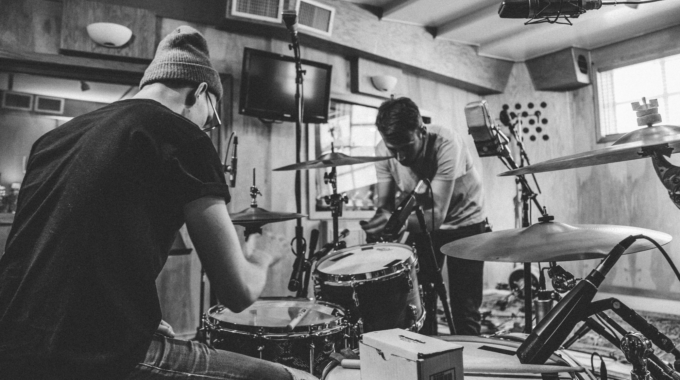 Dan George is a professional drummer based out of St. John’s Newfoundland. Dan is currently performing with Carolina East; Pop/Country group based in St. John's/Toronto, Nick Earle & the Reckless Hearts; Newly formed Blues Rock group based out of St. John’s, and many more. Dan has been fortunate enough to perform the world. Travelling the length of Canada, Europe, and the United States, sharing the stage with Billy Talent,The Waterboys, The Beaches, Serena Ryder, Dallas Smith, James Barker Band, Jade Eagleson etc. The list goes on showcasing talent anywhere from dive bars, to theatres and festival stages. Over the course of 2019, Dan has kept busy touring and working as a studio musician for countless acts both internationally and here on the east coast of Canada, which has garnered him multiple award nominations and a Win for Inspirational Album of the Year at the 2019 East Coast Music Awards for his work on the album “Liars & Actors” by Paul Brace. Dan has also backed Chris Ryan, Mallory Johnson, Waterfront Fire, Cabot Power, Rachel Cousins, Damian Follett, Quote The Raven, Kellie Loder, Derek Graham, Glory Days, and countless others. Having recently travelled to Los Angeles, California. Dan worked closely with Grammy nominated producer/engineers alongside artist Leah Capelle to co-produce and record drums on the much anticipated 2020 album release of “Triptych” by Leah Capelle; (Los Angeles). Looking forward in 2020 as well as being booked steady as a studio musician, Dan will be touring with Carolina East, Nick Earle & the Reckless Hearts, will return to the United States to attend the 2020 NAMM conference/show as an endorsed artist with Los Cabos Drumsticks, and will be releasing new music with Nick Earle & The Reckless Hearts, Saint Scarlett, Carolina East, Leah Capelle, Paul Brace, Dave White, and MANY more.

"Dan is one of the most professional, talented, hilarious, and kindest guys I’ve gotten to know, and I’ve loved every opportunity I’ve gotten to perform and hang with him." - Hunter Madden

"Always a blast playing alongside such a talented, professional, and fun to be around musician." - Jake Earle