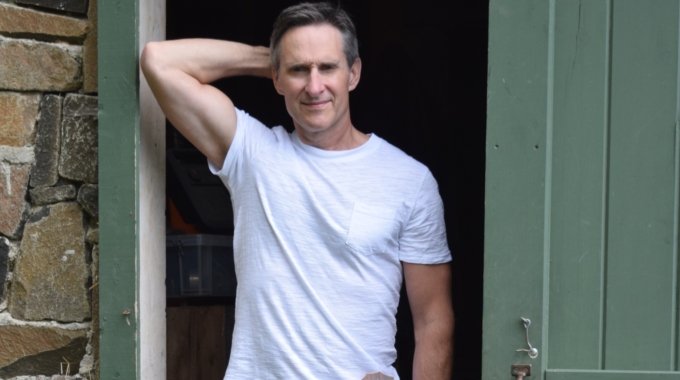 Based in Halifax, Nova Scotia, Dave Carroll is a Canadian songwriter, author, social media pioneer and the creator of a one-in-a-billion story, United Breaks Guitars.

Dave’s latest album, Until One Day, is a collection of 11 original and inspiring songs written with the intention of bringing people together. The first single, When The World Stops Ending, was co-written with Halifax producer and musician Jamie Robinson, over Zoom during the first Covid-19 lockdown. Until One Day, marks Carroll’s first new collection of songs since his 2012 album Raincoat in Vegas.

Dave Carroll began his music career with his brother Don in the East Coast Music Award winning band Sons of Maxwell and has also been enjoying success as a solo artist since 2008 when he released his debut solo album Perfect Blue.

In 2009, Carroll’s $150 YouTube music video, United Breaks Guitars, about his broken guitar and the airline that failed to right their wrong, changed the world and became “one of the most important videos in Google’s history.” It empowered consumers and sent ripples across the global business community after it dropped United Airlines stock by $180 million in market value. Today it endures as a case study within a diverse range of organizations and at reputable universities such as Harvard and Oxford.

Since then Dave Carroll has been balancing his music career with growing opportunities as a professional speaker. Dave’s infectious ability to connect with audiences has generated invitations to perform in over 34 countries. He has spoken to a wide spectrum of brands and audiences, sharing his message about customer service, branding, the power of storytelling and what he calls “Compassionate Design.”

In 2021 Carroll penned his second book, a children’s book, titled Tom The Tomato Plant. It is a story of awakening, resilience and self-love. It reminds us that caring for others enriches us in return, and it celebrates both the cycle of life and the value of discovering our true purpose.

As a singer-songwriter, Dave Carroll has elements of John Denver, James Taylor, Ed Sheeran and Neil Finn. He is inspired by Bruce Springsteen and Harry Chapin and his music, down-to-earth sense of humour and insightful experience have made Dave Carroll a masterful teller of stories that unite, motivate and start movements.

“When Dave Carroll stepped on stage, the room went quiet. Dave’s stage presence combined with his soulful voice, heartfelt lyrics and compelling stories, captures an audience, taking them on a journey through joy, love, reminiscence and pain, pulling on every emotion from laughter to tears. When the show is over, people shout for more – they just can’t get enough. And nor can we…as a venue owner, we found ourselves immediately pulling out the calendar... and begging for more dates. It was truly an honour to have such a professional and gifted performer on our nightclub stage.” Carol Anne Forsgren, Owner Vintage Bistro & Lounge, Hampton New Brunswick

"Perfect Blue is an amazing showcase of Dave Carroll's vocal skills and writing talent. This release secures his place as one of the top singer/songwriters in the business." Jimmie Inch, Executive Producer/Host, East Coast Countdown, Syndicated Radio

“…[United Breaks Guitars] became an Instant hit…” “…its a good song… I like that song.” Wolf Blitzer, CNN The Situation Room

“Dave Carroll’s second solo album – Raincoat In Vegas –showcases this singer-songwriter as a compelling story-teller and one worldly wordsmith. To say his new songs reveal another level of creativity would be an under- statement.” Paul Kennedy, CCMA Hall of Fame Broadcaster Seaside FM