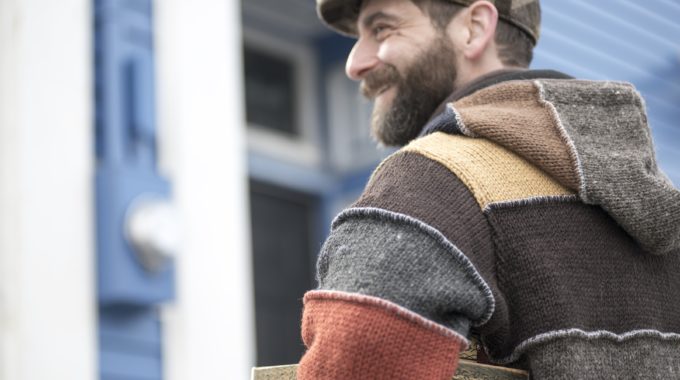 Dave Penny has been a steady presence on the local folk scene as a composer of songs that are truly unique to Newfoundland and Labrador. With his engaging stage personality, and material in a style that is entirely his own, he has been a key figure in resurgence in popularity of Newfoundland recitations, along the way contributing popular pieces like Johnny Chrome and A Townie Courted a Bayman’s Daughter to the local folk repertoire.

Dave’s second and most recent recording—All Turned Around—has been nominated for a 2017 MusicNL award for Celtic/Traditional Artist of the Year and a 2017 Canadian Folk Music Award for Traditional Singer of the Year. The album promises to further strengthen his position as one of Newfoundland and Labradors most fun and diverse entertainers, with its razor-sharp commentary on songs like Chase The Ace and #darkNL, and its driving accordion tunes.

“If you are visiting Newfoundland and Labrador, Dave Penny won’t be hard to find…entertaining the howling hoards with cleverly spun comic ditties and driving accordion tunes”