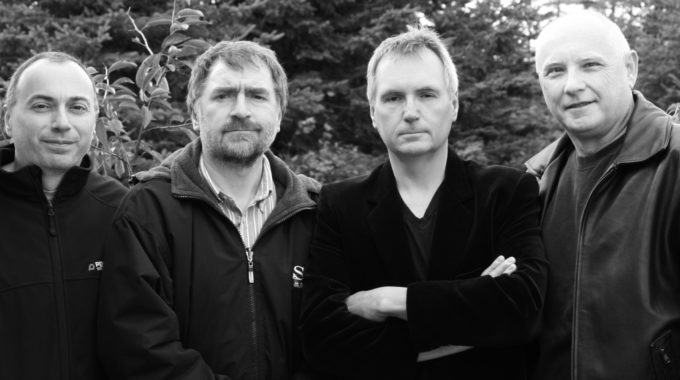 Hammingwell was originally formed as a high school band in 1973 and played various venues in St. John's and around Newfoundland. The members went their separate ways in 1977, but when a band member returned to the province in 2001, the band reformed and wrote original music, resulting in a first CD release in 2003 titled "Warm", which was nominated for Alternative Artist/Group of the Year at the MusicNL Awards. Their second CD "In The Box" was released in the fall of 2010 and this CD was also nominated for Alternative Artist/Group of the Year at the 2011 MusicNL Awards. The band is currently working on new music and produced a video for one of the new songs, "Footsteps", which was officially released on YouTube on September 15, 2016. Current members of the band include Mike Fisher, bass and vocals, Jeff White, guitars and vocals, David Bailey, drums and percussion, and Eric Bailey, lead vocals and percussion.