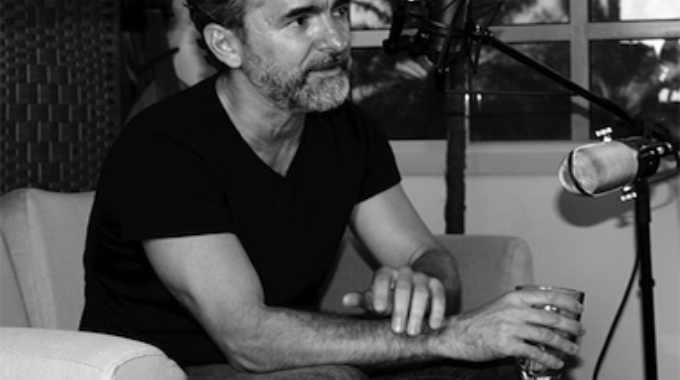 Award-winning novelist and musician, David Doucette grew up at the foot of Smokey Mountain on Cape Breton Island. He was raised in a family of 17 children and started playing piano at the age of 6. He attended both St. Francis Xavier and Saint Mary’s University to pursue his love of literature and it was in these years that he began performing music and writing music. He has lived on several continents for extended periods, has published four novels and has won the Dartmouth Book Award for Best Atlantic Canadian Fiction. His love of Cape Breton culture continues. He works professionally as a multi-instrumentalist, songwriter, performer and screenplay writer. He works at Smokey Studios, a film and music facility he built in the highlands of Cape Breton on a 160-acre lot that goes from sea to mountaintop. David has released his new album, 'Songs for Rudy', for sale at https://smokeystudios.ca and continues to work on the production of a film adaptation of his award-nominated novel, North of Smokey.