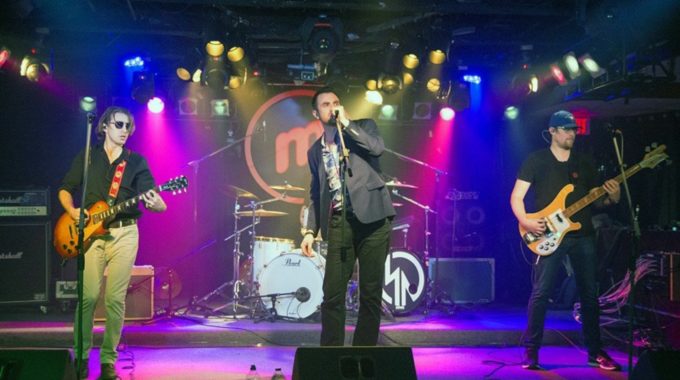 Currently based out of Halifax, NS, Magnetic North stands out in the contemporary indie rock scene with its novel approach to Rock n' Roll. The band comprises of 4 members, where you have David McNeil (Lead Vocal), Zach Lacey (Percussion), Robert Mazzocca (Guitar) and Cyrus Orkish (Bass). Interestingly, the band's music is not defined by a particular genre – instead, it's a unique musical amalgamation of the extensive experience the band members put together in an exclusive package.

"We share voices of an intuitive experience of funky rock music, layered with rock classics and our own personal views. The compositions from modern musicians also inspire our music. Our upcoming album carries the hints of our innovative musical exploration and aspires to regale you with something novel in the contemporary indie rock genre. We are positive our album will be rejoiced by indie rock fans and all kinds of music connoisseurs all over."

A rising name in the contemporary indie rock scene, Magnetic North, is originally from Cape Breton, Nova Scotia, and now based out of Halifax, NS. All band members are backed by a sound musical background, cultivated in their teens and nourished to the present day. Their tryst with music started from their respective school bands and was further refined throughout their college days. Before coming together in Magnetic North, each band member has had their gigs in different music groups across Cape Breton and Halifax regions. The band debuted with their first EP "Magnetic North," followed by "Digital Illusions" in 2018. The title track of "Digital Illusions" was featured on CBC Searchlight National Top 100 2019. Their upcoming album "Remedy" is the third album from the band, released in August 2020.