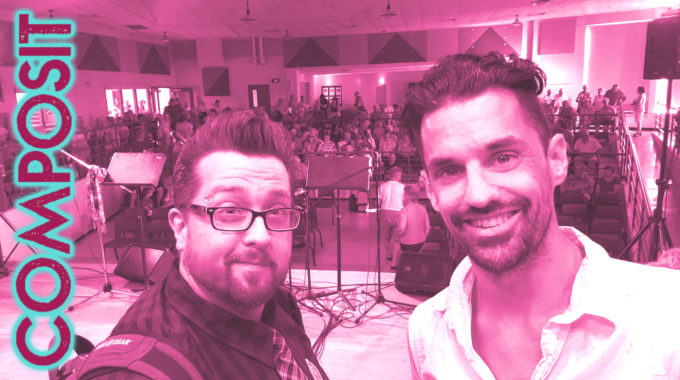 We are COMPOSIT; Dean & Mark, a couple of 80s/90s kids who grew up to make sounds only partially inspired by that era. We make emotional, electronic pop/rock. We incorporate retro gaming elements, guitar solos, science fiction metaphors or whatever other dorky stuff comes to us. We aim for fresh but nostalgic. Our influences are wide-ranging but strongest are U2 and Savage Garden.

After being connected by a mutual friend years before, and casually writing a few songs together, remotely, we met in studio one night in 2016 to record a cover of "To the Moon & Back" by Savage Garden. A few months later, we decided it was time to make an album together and our journey began.

Our debut album, 1.1: The Depths, was released in late 2016. A single/EP, ALL WE ARE, was released in June 2019, featured on radio across the Maritime region, and was chosen by Bill Roach from CBC Radio One for East Coast Music Hour's Summer Sounds episode (6/20/2019)!

- An acoustic companion record for 1.1: The Depths, our 2016 debut, is finished and we'll be sharing it later this year, but let's jam to some new songs in the meantime.