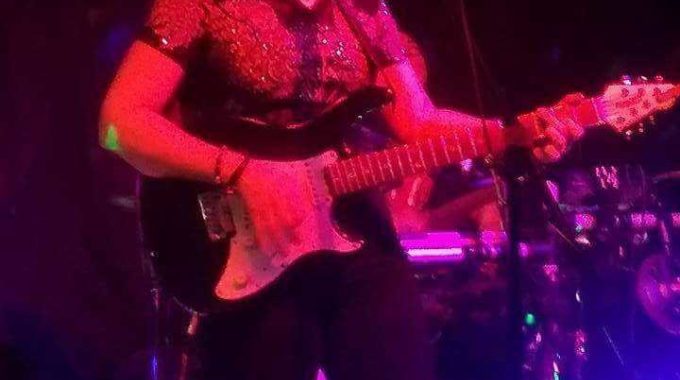 DEBBIE MCCANN'S BIO: Debbie has been performing on stage with her guitar since she was a teenager. Debbie played for many years in the 90's with a local band called, Double Time, and toured New Brunswick, Nova Scotia and Newfoundland. She has enjoyed playing in different bands since that time and has entertained at music festivals, fund raisers, weddings and variety shows, and has been a quest on the NB Country Showcase stage. Debbie currently plays in an Oromocto/Fredericton area band called, Higher Ground where she is the lead vocalist, rhythm guitar player and back up harmonies. Debbie is also a songwriter and her lyrics come from thoughts, experiences and observations of everyday life. In February 2007, with the help of Phil Kennedy of The Record Farm in Browns Flat, she began recording some of her songs. Her debut CD, FIND MY WAY BACK HOME, has a distinctive Country/Blues flair. In 2008 Debbie was accepted to entertain with her own music from her CD on the Discovery Stage at the EMCA Awards when it was held in Fredericton, and at the Fred Eaglesmith concert in Muniac--2008 was the last year that Fred played in Muniac, and meeting him and sharing the stage with this Canadian legend was one of the highlights of Debbie's music career to date. Music has always been Debbie's passion in life and she enjoys sharing her gift of music with others as she believes music is the one thing in life that brings the world together in peace and harmony. She looks forward to whatever music will bring to her life and feels grateful to be surrounded by the wonderful talented musicians of Higher Ground who are encouraging and teach her more about music.