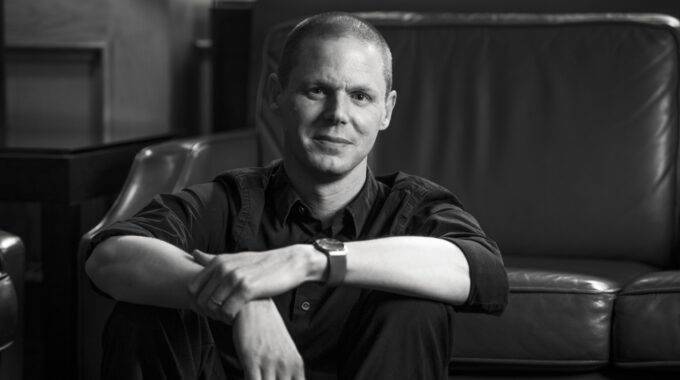 Derek Charke is a JUNO and four-time ECMA award-winning composer, flutist and educator. Derek has a catalogue of over 100 available works. His music is eclectic, often defying categorization due to wide-ranging influences. Derek is a professor of music at Acadia University in Wolfville, Nova Scotia, where he teaches composition and music theory. He also heads AEMS, the Acadia Electroacoustic Music Studio.

One of his passions is playing and composing for the flute. His catalogue of flute work continues to grow—from solo pieces to chamber concertos. As a professional flutist, he is equally at home performing cutting-edge contemporary music or participating in free improvisation as he is performing Bach or Vivaldi. He works with guitarist Eugene Cormier in the Charke-Cormier Duo, a flute and guitar duo, and he appears on a number of award-winning CDs, including: “Ex Tempore”, “Kitchen Party”, “In Sonorous Falling Tones”, and his latest release, “Bathymetric Terrains” for multi-tracked flutes, guitars, electronics and video.

Derek’s composition teachers included David Felder, Louis Andriessen, Steve Martland, Paul Patterson, Cindy McTee, and Martin Mailman. He attended the University of North Texas, the Royal Academy of Music in London, England, the Koninklijk Conservatorium in the Hague, Netherlands, and the State University of New York at Buffalo where he received a Ph.D. in composition. Derek also earned a master’s degree in flute performance from SUNY Buffalo where he studied with the late Cheryl Gobbetti Hoffman. During his undergraduate degree he studied trumpet with Dr. Leonard Candelaria, while also pursuing the flute.