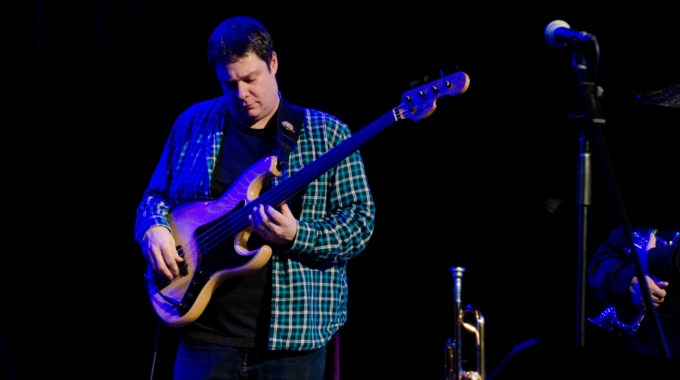 For over 20 years, Deryl Gallant has been involved in the PEI music scene as a sought after performing, touring, recording, and instructing bassist.

Comfortable in any style of music, most notably he is known as a member of the Jive Kings, The Dennis Lee Project, many Charlottetown Festival productions, as Sonny Caulfield’s bassist, and, most recently, Deryl has been working with the Glen Strickey Winterjazz Quartet, Ian Toms Trio, The Collective, Island Jazz, Alan Dowling Trio, Brian Dunn, Amy & Rachel Beck, Jill Chandler, Kelley Mooney, and Amanda Jackson Band, along with many more.

In 2015, he was awarded the Music PEI Musician of the Year Award and named the 2015 Doug Riley Artist by the PEI Jazz and Blues Festival.

Deryl has tracked bass on 26 recordings in his career, and is currently enjoying his role as a classical bass professor at the University of PEI and bass instructor at the Holland College School of Performing Arts. www.dbass.ca