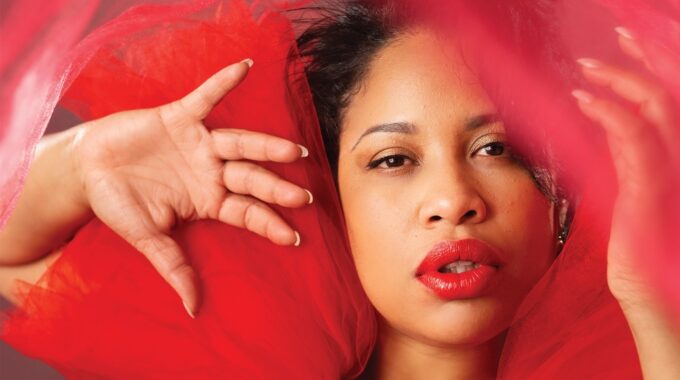 Dee Hernández started in Cuba as a singer of La Nueva Trova as young as the age of 4. interpreting songs by Silvio Rodriguez and Paulo Milanés, usually sang acapella or with a guitar player. She sang in various events for high-ranking government officials. Gaining local recognition for her talent at such a young age she was invited to sing at the Inauguration of Cuba’s International Medicine Convention being held in the “Palacio de las Convenciones” as the opener of the event where formal Cuban president Fidel Castro was in attendance.

Shortly after Dee was musically assessed by Pancho Amat, a Cuban musician founding member of Manguaré, which would become one of the leading ensembles within the nueva trova movement. Under his referral Dee was enrolled in a Alejandro García Caturla, a music conservatory in Havana Cuba and placed as the lead singer of “Los Soneritos” project at the age of 13. Singing Afro Cuban and Traditional Cuban music. With this group she toured several provinces es in Cuba, a tour to Mexico in 1996 for Quimera International Art Festival.

At the age of 14 became the lead singer of a big Band called “Los Primos de Cuba” with no previous experience or knowledge of Jazz but was advice to listen to Ella, Billie and when she did, she fell in love as all sounded very familiar to her. Dee was raised in home where everyone sang and was fortunate enough to had been expose to Nat King Cole, Whitney Huston her grandmother’s favorite two singers. She continues broadening her musical taste and experimenting with all types of music genres.

Dee continue gaining experience musically and playing at many recognized Cuban Music venues such as “The Gardens UNEAC” (Cuban Union of Artists, a venue that holds short concerts in its garden at might.); “The National Theatre of Havana”, The Capitolio, Art School Ciudad Libertad. Also, in musical multicultural exchange Cuba-Canada in the Havana held at the Conservatory Amadeo Roldán. From there In Jun 29.1998 Dee arrived in Canada for her first tour with the big band “Los Primos” .She played New Glasgow Festival of Culture. Halifax Africanribanza Parade, Neptune Theatre, Starlight Theatre in Lunenberg, Wolfville Acadian Jazz Camp, Halifax Atlantic Jazz Fest in both HMV Tent and Marquee and many other venues till July 26.

Upon her return to Cuba, she joined other bands such as the iconic Nationally knower La Banda Meteoros de Cuba singing Popular cuban Music, doing shows with Los Primos in the country, continuing growing as a singer and musician. Just before turning 15 Dee was also casted as a dancer for world knower Lizt Alfonzo Dance Company in Havana Cuba while taking dance lesson at the Americas Theatre in Havana. However Music was her main focus, so in 2000 June 28 was set to play in Toronto Jazz Festival and June 29 in Montreal Jazz festival in Canada but due to flight complications only arrived July 1 for her 2nd Tour with Los Primos. Starting with PEI confederation day, Atlantic Jazz Fest, Saint John Jazz Festival, Tallship in Halifax and other venues in the Atlantic Canada Provinces. That year Dee made Canada home and moved to Toronto.

Dee returned to Atlantic Canada to do a concert in Saint John NB at the Imperial theatre. Shortly after moved there and continue her musical experiences working with her own band playing now her own original music at different music festivals such as the Harvest Jazz and Blues Festival, KV music Fest, Drums Festival in Halifax, Cultural expression Fredericton.

In 2003 Dee decided to take another jump in her music career and try out for season three of the vocal competton show Canadian Idol. Just falling short of the top ten, she was nevertheless called “a world class Jazz singer” by Sass Jordan Canadian Natonal TV. That same year, Dee recorded her frst album, co- writng with members of Canadian Pop/Rock band The Mofat Brothers.

Dee has continue crafting and perfecting her sound and creating music that has brought her to this moment. Since the release of her newest single "Breath", Dee has received attention from several radio stations in Ontario and Atlantic Canada and became the front cover of Atlantic Canada sensational EDIT Magazine interviewed and written by comedian and book publisher James Mullinger calling her the "Voice of Canadian-Cuban Jazz