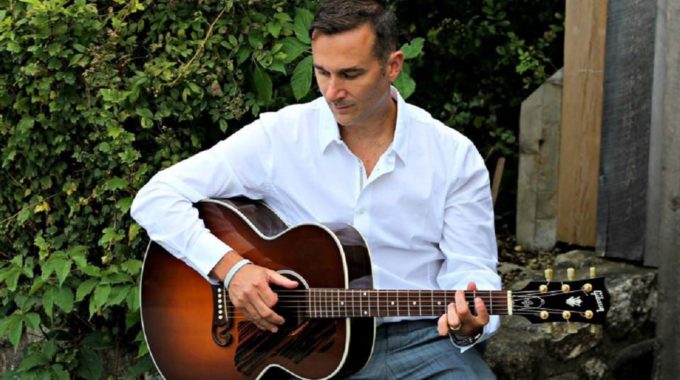 With the 2018 release of his second album Follow, Doug Hawco strives to continue to make music which touches the heartstrings of his listener with inspiring, thought-provoking, challenging folk-inspired melodies. Blurring the lines of genre, Doug incorporates elements of Pop. Folk, Rock, and Blues with his unique splash of Avant-Garde to create a personal sound fueled by emotion rather than definition.

Led by the single, Friday Night, Doug Hawco maintains a vibrant, positive, and confident approach to folk, relative to his surroundings, and heritage. A tribute to the East-Coast Canadian spirit.

With the success of his debut album, Life on The Water, in 2017, Doug presents a mature and professional outlook to his art. Through his perspective, he continues to be caught up in his music which enables him to connect with his audience through his performance.

Notable achievements of Doug Hawco’s 20 years of performance include;

• Advocate for Canadian Brain Tumor Foundation donated all proceeds from 2017 Atlantic Canadian Tour to the foundation.

Growing up in St. John’s, Newfoundland, and now residing in Halifax, Nova Scotia, Doug has the uncanny ability to “turn negative experiences into positive influences through his broad and unique songwriting style, with stories that will make you want to smile, dance or cry.”

In regards to the intimate nature of his music, it has been reflected, “A stadium of 5000, or a cafe of 20 audiences will be clapping and singing along with his performance.”

Join Doug Hawco on his musical journey at www.doughawco.ca