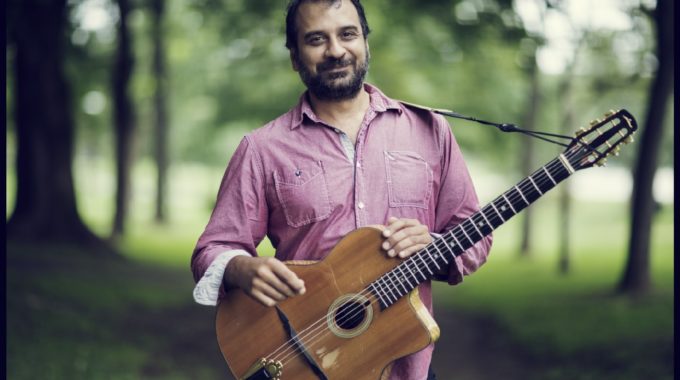 DUANE ANDREWS‘ music is the product of a great ear, an adventurous spirit and a love of music that is beyond category. Uniting what would seem to be impossible – traditional Newfoundland music with the swing jazz of the legendary Django Reinhardt, Andrews makes it not just work – he makes it soar. The Juno award winning producer, composer, guitarist and international performer’s latest album, Conception Bay, is the best evidence yet of his truly unique musical vision and is the sound of him, literally, bringing it all back home.

“the music might be best described as Folk music played by a top Jazz guitarist and the result is refreshing and stunning. Highly recommended.”
Folkworld Magazine, Germany

“…it was the group’s infectious versions of well-known Reinhardt tunes that drew the biggest applause. But it was the group’s bubbling stew of styles on Newfoundland classics that still echoed after the last notes faded.”
The Ottawa Citizen, Ottawa