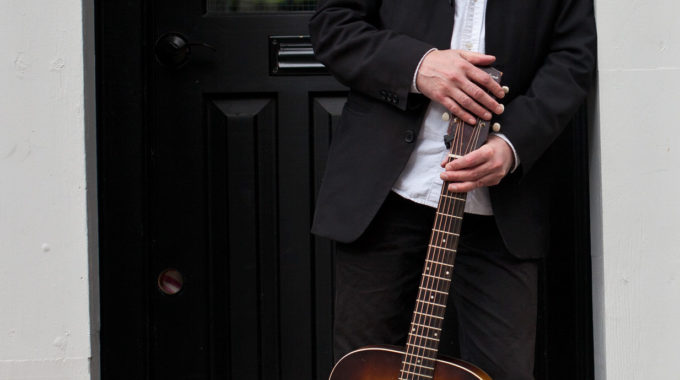 Dusty Keleher writes songs that tell a good story and searches out gems from the past that do the same. Simply put, roots/traditional music that takes its cue from ancient Irish ballads to songs from the folk and folk/rock canon.

In 2018 he release The Way to Grace b/w The Road to Conamara; songs and stories the old style, a double lp and cd. TWTG has Dusty playing his own songs with a band, Ellen Giblingon harp, Gina Burgess and Colin Carrigan on fiddle, Glenn Coolen on whistles and pipes, Mark Currie on bodhrán, Ben nRoss and drums and Lukas Pearse on bass. TRTC is one full side of a cappella songs and stories from the deep Irish folk tradition called sean nós. Both have a song sung in the Irish language.

A successful release party was held at The Old Triangle in Halifax, NS in The Seanchaí Room on February 24, 2018.

The Road to Connemara; songs and stories on the old style was presented as a stage show in 2018's Halifax Fringe Festival.

And now the Bio.
Some of these are available here dustykeleher.bandcamp.com

He has been releasing work since the mid 90's when he went by the name Dusty Sorbet. Putting out lo-fi 4 track cassette recordings and then making the big jump to compact disc(!)

2000 released Unfinished Business on the No Records label

2002 voted best busker in The Coast Reader’s Poll, Halifax’s weekly newspaper. He continues to busk most Saturday mornings at the Brewery Farmers Market in Halifax, NS.

2006 dropped the Sorbet moniker for the family name and released Rain or Shine as Dusty Keeler and his band The Rusty Wheels (Phil Sedore, Lukas Pearse and Benn Ross)

2007 Under the Radar and Over the Canyon a solo acoustic CD is released. Plays in Ireland and Wales

2008 – 2010 Studied Irish language, history and folklore at Saint Mary’s University in Halifax, NS and spent a summer at National University of Ireland – Galway (NUIG) doing a language immersion program on a scholarship from the Irish Canadian University Fund.

2009 a short run of two eps "East to Ireland" volumes 1 and 2 came out after he traveled to Ireland and started focusing his music on more traditional sounds.

2010 Starts working for The Halifax Ghost Walk as a storyteller. Combining his love of folklore, history and performance, he guides locals and tourists alike on this 2 hour walking tour through the city's downtown core.

2015 recorded to sell from the stage "Not a Mile From Spancil Hill" a collection of pub songs and ballads with Ellen Gibling on Harp and Glenn Coolen on whistles and uileann pipes, and Benn Ross on percussion.

2018 The Way to Grace (b/w The Road to Conamara) a double lp set of originals backed by a full band complimented by a collection of acapella songs is released.

facebook reviews “Dusty is a modern day bard, in every sense.” “Dusty is an expert in story telling and building mystery and suspense” “…a masterful storyteller."(posted to the halifax ghost walk page)