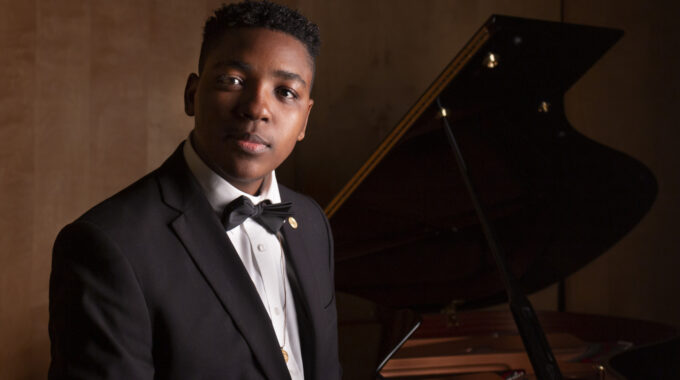 Emmanuel is a burgeoning solo artist in Halifax. His styles spans many genres; from Classical to CCM, Gospel, Pop, and Euro-Afro fusion. Emmanuel is currently in process of making his debut CCM album with producer, Corey Lerue.

Emmanuel Solomon is a Nigerian music scholar, and a graduate of the Fountain School of Performing Arts, Dalhousie University-concentration in vocal performance- where he was a recipient of the James and Abbie Campbell graduation prize for his high academic excellence in music. He has made a number of performance appearances both locally and internationally in countries including Nigeria, Canada, Russia, and Germany. One of such highlight performances was being hosted by their Honours Lt. Governor of Nova Scotia and his wife, Arthur J. and Susan LeBlanc for a public concert at the Government House during the Black History month in February, 2020. on the 10th of May 2022, Emmanuel returned to give another recital at the Government House.

Other highlight performances in Halifax include featuring on several occasions as guest soloist with the Symphony Nova Scotia (SNS) Family series concert and Link Up, the Nova Scotia Youth Orchestra (NSYO) North Preston Black History month concert, the Chebucto community choir Serenade concerts, at the Canadian Museum of Immigration at Pier 21, and the Cecilia Concerts sharing the stage with Met opera star, soprano Harolyn Blackwell at the Portia White commemoration concert Genius Child: Portia White at Town Hall in October 2019. He has participated and competed internationally in choral competitions at the INTERKULTUR's 9th Johannes Brahms International Choral Festival and Competitions in the summer of 2015 in Werningerode Germany, and the World Choir Games International Choral Festivals and Competitions, July 2016 in Sochi Russia winning gold and silver laurels with the Mountain Top Chorale. Other performances include singing at outdoor and public events, church concerts, anniversaries and other christian events and outreaches.

Emmanuel has an aptitude and passion for teaching as much as he does for performing and composing. He is currently accepting new students of all ages and abilities.

Emmanuel is a classically trained musician, a devout Christian who is zealous about sharing the good news of the gospel to all nations through his music. Emmanuel had his first Christian concert in May at Life Branch Church Dartmouth, and on the 17th of June performed as a guest artist in a benefit concert with the Full Gospel Church aimed at raising money to provide for the needs of the Ukrainian refugees living in Halifax.