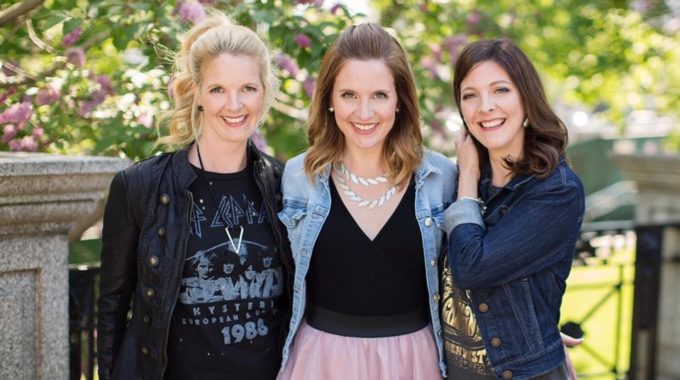 The Ennis Sisters stepped into the spotlight in 1997 with the release of their debut album, Red is the Rose.
20 years later, with 12 albums, a Juno award, SOCAN and multiple music awards to their credit, Maureen, Karen and Teresa have toured all over the world, performing on some of the most prestigious stages and festivals. Flavoured by celtic and traditional Newfoundland influences, The Ennis Sisters are known for their captivating sibling harmonies and their powerful, often humourous, storytelling.

Their latest album, Keeping Time, was produced by Alan Doyle, and has garnered them 4 nominations at this year's MusicNL awards. Keeping Time is a concept album that honours and preserves our most precious gift – time, and what we do with it.

“It’s about the passing of time, the loss of traditions, the things we do to hold on to what matters most,” says Maureen Ennis. “At the end of our lives, when the edges of our memories are fraying, and we are falling in and out of time, hopefully, looking back we’ll feel we lived our lives to the fullest with little regret.”

Keeping Time is reflective yet uplifting, as the album is about keeping time in both life and music. Inspired by the unraveling and tethering of memory, Keeping Time is part homage, part celebration of life, as the album honours their father, who they recently lost to dementia.