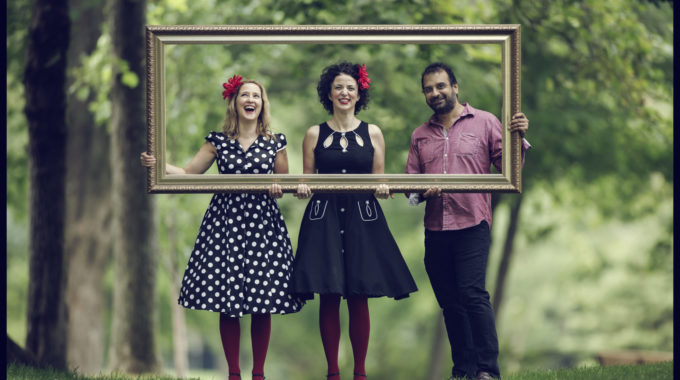 The Swinging Belles, a swing band for kids from St. John's, NL, are intent on getting both kids and adults to kick up their heels and have a swinging good time with the whole family!

Both Erin and Laura have recently completed Masters degrees in Education and Folklore respectively. They have been working in the classroom for the past number of years and their love of folk, swing jazz and country music seeped into their pedagogy and is showcased through songs and stories supported by guitars, mandolins, banjos and ukuleles. By night, the two are part of folk/country group The Dilettantes who have recorded 3 albums (The Topsham Cottage Diaries, Otters and Elders, and Roots and Boots) as part of the RPM challenge and perform in the local music circuit. Guitar guru Duane Andrews is an established international performer having performed on stages such as the Newport Folk and Montreal Jazz festivals. He is an accomplished composer and producer as well. This multi-award winning artist is thrilled to be able to bring his passion for Swing Jazz and NL traditional music to an enthusiastic young audience.