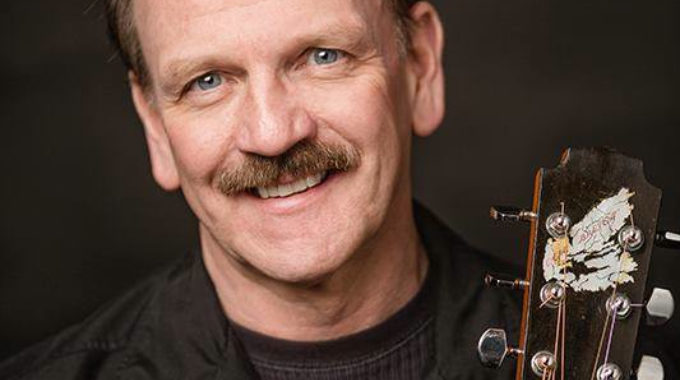 Fred Lavery - 14 Get Me Through December

Fred Lavery
Co-owner and manager of Lakewind Sound Studios, Fred
Lavery has been part of the vibrant East Coast music scene as
a performer, songwriter, and record producer for almost three
decades.
Since establishing Lakewind Sound Studios in 1998 with fellow
artist and friend Gordie Sampson, Lakewind Sound has become
known as one of the top recording studios in Eastern Canada,
winning nine ECMA’s and five Music Nova Scotia
awards for studio of the year.
Working with many of the regions finest musical acts, Fred’s
talents, experience and knowledge are valued on stage and in
studio. Twice awarded Music Nova Scotia's "Producer Of The Year",
to date Fred has produced 60 plus albums for the likes of
the Barra MacNeils, The Men of the Deeps, Sam Moon, Aselin Debison and the celebrated Cape Breton Summertime Revue. After releasing a successful album of original songs in the early 80's that contained a number of now classic Cape Breton songs, Fred has continued to write and co-write songs that have been recorded by
such established artists as Alison Kraus and Natalie MacMaster,
Gordie Sampson, JP Cormier , John Allan Cameron, The Barra MacNeils and many more. Several of his songs are also included in the fine published collections, The Cape Breton Song Book and The Nova Scotia Songbook.
Fred continues to work with and encourage young artists and is
a trusted member of the artistic community as a volunteer, advisor and mentor supporting the growth and health of our music industry.
Singularly Fred has been recognized for his work with multiple
music and industry awards and was most recently given the 2016 ECMA Industry Builder Award and added another Studio of the Year Award for Lakewind Sound. His popular band The Blues Merchants released a brand new CD in 2016 which has been nominated for the 2017 ECMA Blues Recording of the Year and the band will showcase the at the event in St John NB. Fred still finds time to co-ordinate talent and act as musical director for worthy fund raising projects like the inspiring 2016 Cape Breton fundraiser, "Givin’ Back to the Mac", which raised over $250,000 for victims of the devastating Alberta wild fires.
Fred continues to write, perform, and produce music for new and established artists and is excited to work with the talented Cape Breton Summertime Revue team as co-music director again in 2017.
Fred is also a recipient of the "Queen Elizabeth II Diamond Jubilee Medal", for significant achievements, service and contribution to his community.
Awards:
ECMA Songwriter of the Year (1)
ECMA Industry Professional (2)
MNS Producer of the Year (2)
MNS Industry Professional (2)
ECMA and MNS Recording Studio of the Year (14)
2016 Honorary ECMA "Industry Builder"

Fred is also a founding member of the Cape Breton Music Industry Co-Operative, (CBMIC), which was created to help grow the music industry in Cape Breton.