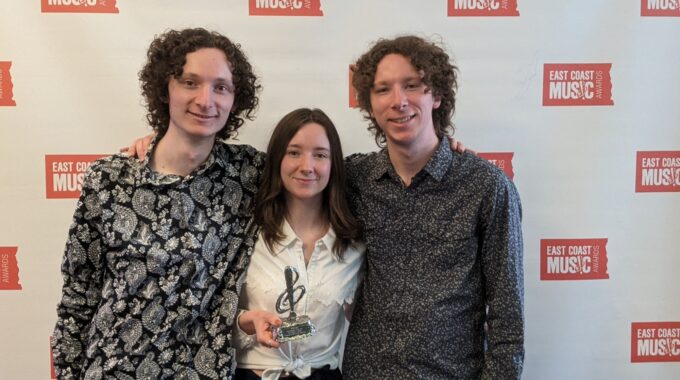 Their debut album 'The Gilberts: One' garnered Young Performers of the Year at the 2021 Canadian Folk Music Awards.

Diverse musical influences inform their song-writing, performance, and choices including choral music, musical theatre, 1970s soft rock and pop, singer-songwriters, and folk music from the 1960s to the current scene. Many of these influences can be heard in their touring show ‘Harmonious’ featuring original songs and songs by artists including Simon & Garfunkel; Crosby, Stills & Nash; the Bee Gees; the Mamas & the Papas; Carpenters; the Beach Boys; and Fleetwood Mac.

The siblings have showcased at the Canadian Folk Music Awards, the ECMAs, Music Nova Scotia Week, and virtually for the Philadelphia Folk Festival and the Folk Alliance Region -West. In 2022 they were commissioned by CBC to write a song for The East Coast Music Hour’s ‘Story and the Song.’ They have also been featured performers on Holiday Magic 2020 and 2021 broadcasts on CTV and have been featured on Global News.

Their music has been widely played on CBC radio and independent radio in Canada, and across the United States.

The siblings are grateful for educators and artists who have helped them on their musical and personal journeys, and now mentor youth through various programs and initiatives.

The Gilberts are Frieden, Reuben and Maisie.