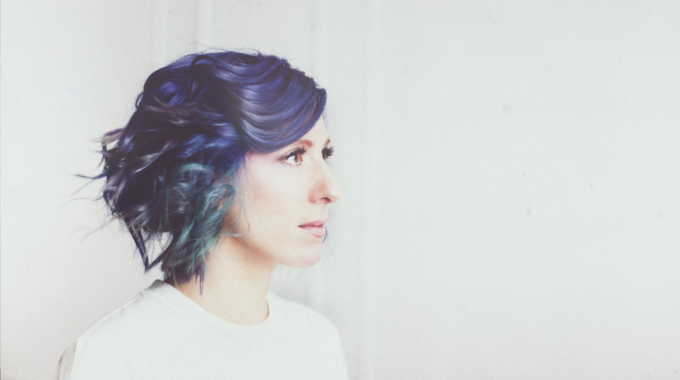 “When you come to your knees / when you hold what you need / you will know what to keep,” sings Gabrielle Papillon near the end of her sixth, most adventurous album. Hear it as a promise, hear it as a mantra, hear it as a weary warning from someone who’s been there—the sweeping and heart-piercing Keep the Fire is packed full of thoughts like this, wise and poignant, empathetic and understanding, open to interpretation.

Papillon’s music, too, is now open to interpretation—though it remains confidently, almost nonchalantly rooted in folk strumming and gentle vocal phrasings, on Keep the Fire she has embraced her pop leanings and pushed them to the forefront. The songs pulse with strings and drama, keys, and evocative percussion that combine for surprising left-turns, the kind of thing you’d find on a playlist between Florence Welch and Thom Yorke, bold without sacrificing emotion.

This art-pop progression comes partly from Papillon’s continued relationship with producer and pop-folk whiz Daniel Ledwell, helmer of her last, award-winning chart-topper The Tempest of Old. Recording this batch of songs—imagined, Papillon says, as a backdrop to life, a life score—at Ledwell’s Echo Lake studio made for a foundation of strength and collaboration, which allowed for the new part of her record-making process: Corey LeRue. LeRue, the EDM pop genius behind Neon Dreams, lifts Keep the Fire into a new realm with his secret mixing recipes, adding heft and punch to pretty songs. The approaches may be disparate, but the result is something thrilling—melodic and catchy, memorable and affecting.

It’s always a letdown when an artist tries new things on record and gives you the same old treatment live. Gabrielle Papillon does not do this—in fact, her show has evolved faster than the recordings, a tight three- to four-piece band acting as pillars around its diminutive leader, who commands any size stage with measured guitar-playing and a casually huge voice mixed in with observational humour. The band is skilful and supportive, offering meticulously honed musicianship and a familiar interplay that comes from spending years on the road together. IN a live setting, these new songs come to life with vigour and verve.