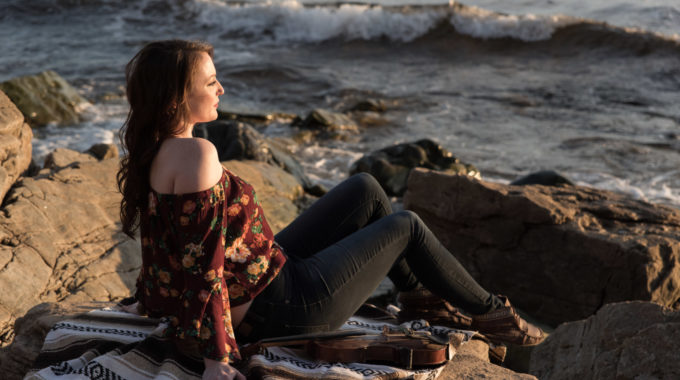 With an interpretation, style, and energy all her own, Gillian Head delights audiences. Her influences include the variation and modern style of contemporary fiddlers, as well as the strong roots of the old traditional fiddlers of her native Cape Breton Island. This combination leaves you with a taste of the strong, lively fiddling that Gillian is all about.

A stepdancer from a young age, Gillian took up the fiddle after falling in love with the music she danced to. She took up the fiddle at age 9, initially taking lessons from Stephanie Wills for a short time, and then studying for years under the direction of the late Jerry Holland. These early teachers, and love of dance, make for a distinctive rhythmic style of fiddling.

Gillian's debut album, Spirit, was nominated for a Music Nova Scotia Award in 2015 in the Traditional/Roots Recording of the Year. Her second album, Tidal, released this past June was also nominated for the same award in 2018. Tidal features many of Gillian's own compositions as well as traditional Cape Breton music.