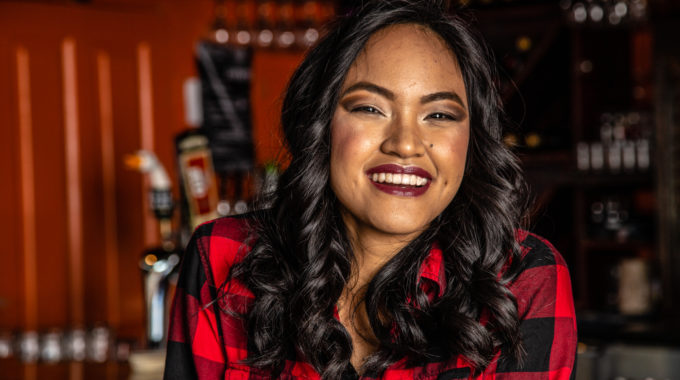 Gizelle de Guzman is a recording artist and performer with a deep-rooted passion for songwriting. Through her songs, Gizelle has always been adept at storytelling and focuses on the power of her lyrics to reflect the many obstacles of that she had faced during her upbringing. Her vocal quality and dedication to her craft has allowed her to showcase her self-awareness and attract a fan-base in her.

Having performed in a variety of venues from small stages to large festivals; entertaining huge crowds such as the Ponoka Stampede and Big Valley Jamboree Talent Stage. A seasoned entertainer, no matter where the show is Gizelle utilizes charisma and talent to demonstrate her unique stage presence.

Gizelle has also been a major contribution to her local community through performances for fundraisers and private events that support causes like mental health and cancer awareness. One of her notable appearances include her performance of one of her own compositions “Good Girl” at Country 105.1 (Calgary) during the 2016 Annual Caring for Kids Radiothon in support of the Alberta Children’s Hospital Foundation. She has also been invited to sing the national anthem at various events such as the Sundre Junior Rodeo 2016 series, Calgary Police Rodeo 2016 and 2017, and Enactus Canada National Exposition 2017 in Vancouver.

Gizelle de Guzman had released her debut single “The One” during the summer of 2018 and subsequently released her Acoustic EP “Good Girl” to commemorate her mental health journey that sparked a new beginning 5 years ago.