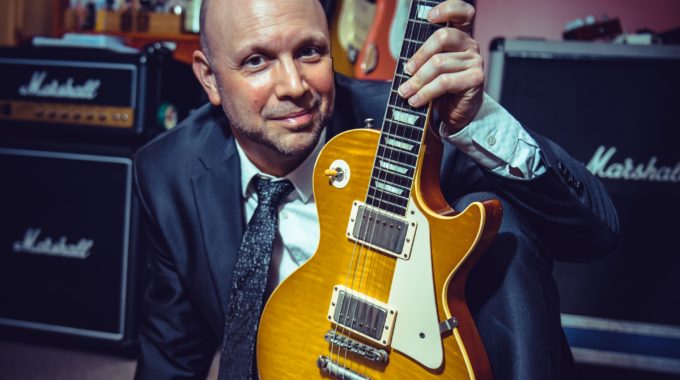 Glen Collins is an award winning composer, producer and one of the most sought after guitarists from St. John's, Newfoundland Canada. For the past 25 years he has performed, produced, recorded and toured with many of Newfoundland's top musical artists, and has appeared on over 30 local releases.

In both 2015 and 2016 Glen won the coveted Arts and Letters Awards for Senior Division Music composition. This past June he  released his debut CD: Curry to rave reviews and considerable regional radio airplay.

Glen has appeared on numerous radio and TV shows and music he has created and/or produced was featured on 3 seasons of 'Majumder Manor', CBC Radio's Fisheries Broadcast (theme music) and in several television documentaries. His guitar work can be found on multiple MusicNL and ECMA award winning releases from Janet Cull, Kelly Anne Evans and Dana Parsons to name a few.

In addition to his ongoing career as a sideman, Glen remains an in demand pit musician for many NL based theatre companies and is a first call guitarist with the NL Symphony Orchestra.

"..No one works harder, plays better or composes more brilliantly than Glen. His contribution to the canon of local music is enormous and he continues to create works that are meaningful and relevant in the ever changing music industry" - Sandy Morris (Wonderful Grand Band, CBC's Land & Sea, Studio)

"..I honestly feel Glen is one of the most talented and exciting guitarists with whom I have performed. His attention to detail is extraordinary. His musical ideas are boundless; the energy and sound he achieves on guitar are things any bandleader would love to have in his/her ensemble." - Bill Brennan (Ta Da Musical Director, Solo Artist)