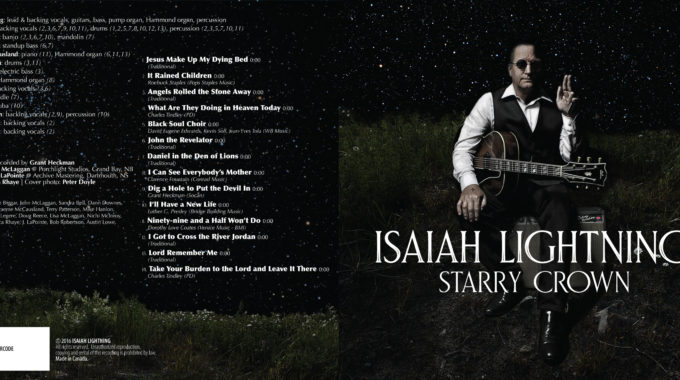 Born at a tent meeting. His teenage mother spoke in tongues throughout the ten-minute labour. His father was an itinerant preacher, some say from Mississippi. Only preaches during storms. At the age of nine, after the shooting, inherited Uncle Ezekial’s National steel guitar and began to appear on the streets of the South End. Vanished for a few years and came back with curly hair—said he had made some deal. No known address.