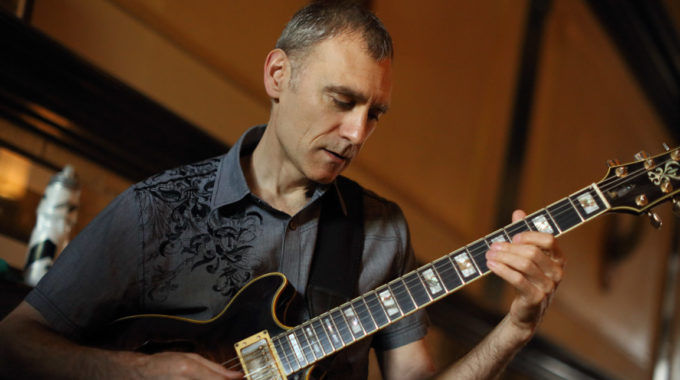 A native of Nova Scotia and of Acadian heritage, Amirault has been active as a


leader and sideman on the Montreal jazz scene for more than 25 years. He is a
recipient of the Prix Opus for concert of the year with the Altsys Jazz Orchestra
under the direction of Maria Schneider, and Le Grand Prix de Jazz General
Motors (Montreal International Jazz Festival) with the Eduardo Pipman Quartet.
He has performed with Howard Levy, Kevin Dean, Michel Donato, Dave Turner,
Karen Young, Andre White, Steve Amirault, Remi Bolduc, Fraser Hollins, Don Thompson, Wray Downes and Tim Hagans.
He has a Bacherlor's and a Master's Degree from McGill University and
has also published articles for the magazine Just Jazz Guitar.
As well as performing in various jazz venues around the Montreal area Greg is
also a jazz guitar instructor at McGill and Concordia Universities.