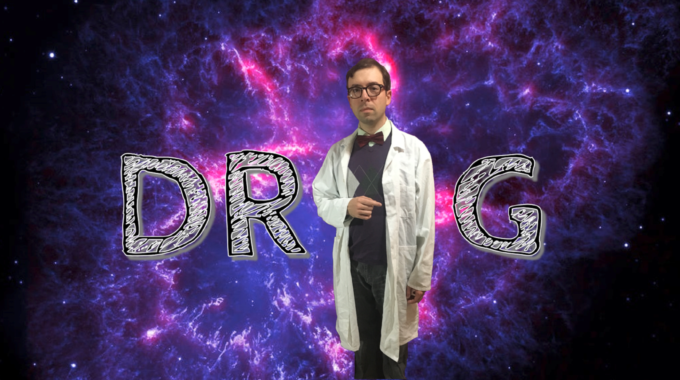 Dr G is a theremin-playing space geek on a mission to spread the word about science! Merging hooky new wave beats with lyrics explaining science and the natural universe – think Talking Heads fronted by Bill Nye the Science Guy – Dr G creates a sound that is utterly unique, and as educational as it is infectious.

Drawing on over a decade of experience as an educator, academic, and performing musician, Dr G (aka Greg Melchin) became convinced of the potential for music to promote scientific literacy in a fun and engaging way. Dr G’s songs break down some of the most fascinating topics in physics and astronomy in language accessible to kids and adults alike, set to relentlessly catchy music you’ll be singing for days!

In June 2019, Dr G released his debut album Dr G Goes To Space at Paul O’Regan Hall at the Halifax Central Library for an audience of over 350 kids as well as members of the Royal Astronomical Society of Canada. Featuring eight tracks of science, catchy beats, and wacky theremin - from “rock”-ing songs about the planets to spaced-out odes to gravity and relativity - Dr G Goes To Space works equally well as an educational resource and a fun listening experience. In support of the album, Dr G and his band Astronomical Unit will embark on a 14-stop tour of libraries across Nova Scotia in July and August 2019.

Dr G plays the theremin, an obscure musical instrument invented by Russian physicist Lev Termen (Leon Theremin) in 1920. One of the earliest electronic musical instruments, the theremin’s eerie sound is recognizable from dozens of science fiction soundtracks. It may be the only instrument that is played without the player touching it!