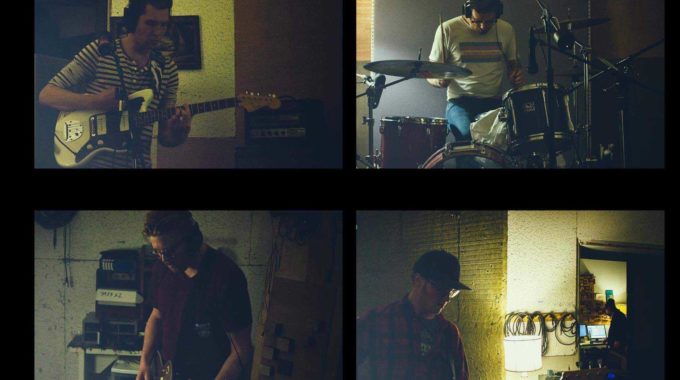 Halifax-based punk band Gun Jr. are bursting onto the Canadian music scene with their first full-length release, The Shakes. Engineered by Charles Austin (Walrus, Buck 65, Joel Plaskett) and Francisco Lopes at Echo Chamber Audio in Halifax and produced by prolific Maritime recording artist David R. Elliott, it's an exciting introduction of a new and original face in Canadian music.

The Shakes is an overdriven and painfully introspective take on the loss of health, love, and self. Exploring the canon of punk through 70’s art-punk and no-wave, 80’s hardcore and well into pop/punk and big catchy chorus rock, the songs take the listener on a journey of self-loathing and substance abuse with an unapologetic attitude and energy. Songwriter Jordan Doucet pulls no punches with his straight-forward writing style, but manages to stumble upon some poetry along the way. Equal parts bratty, aggressive punk rock and catchy, melodic pop rock, the album's analog, live-off-the-floor production style retains an aesthetic all but lost in an age of digital recording perfection. Elements of the Misfits, the Strokes, The Replacements and Wire run throughout the album, with a decidedly East Coast spin.