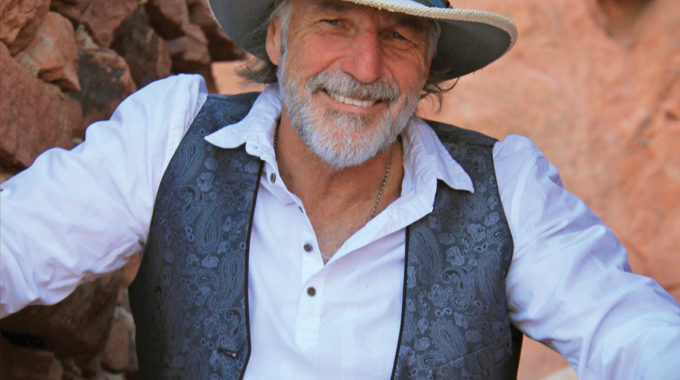 Hal Bruce is a One-Man, One-Voice, One-Guitar, BIG SOUND, full-time entertainer/producer/songwriter, from Nova Scotia, Canada. He has long been known as a man with great musical talents and has earned a well-deserved reputation of being true to his musical roots, and has worked very hard over his very busy career.

He got his musical start on the night The Beatles took the world by storm, on the Ed Sullivan Show, back in 1964. Ever since then, he has not looked back. Hal decided from an early age, that this was what he wanted to do with his life, to play music, full-time, and travel the world. He has stayed true to his vision, and throughout the years, his diversity in styles has taken him to many places… Europe (England, Belgium, Sweden, France, Holland, Hungary, Luxembourg, etc.), Australia, South America (Argentina), Caribbean Islands, USA, and, of course, throughout Canada.

Since his early days as a songwriter/performer, and as a recording artist, he has recorded more than 15 albums including four original projects which charted really well in the 1990s in Canada…earning more than a dozen, Regional, National, and International Awards, including, Male Vocalist, Songwriter, Entertainer, Video, and Band Of The Year… His latest original album, “ Rock Steady Line”, was just recently released and added to his collection of original works and is being well received by audiences all over the world. What he has created is a tapestry of different styles and genres of music, including Pop, Pop-Rock, Country-Rock, and Folk.

Since his debut as an entertainer/multi-instrumentalist (esp. guitar & vocal), he has studied thousands of songs from the 1960s and 70s and grew up totally immersed in the musical hits of that magical time, acquiring a vast knowledge of those classics before they became great memories we all cherish today.

Hal’s catalogue of yester-year hits include many different songs from scores of famous artists and different genres. You request ’em, he’ll play ‘em!” His approach to his performances, has netted many returns to various venues around the world, both small and large alike (many SOLD OUT well before concert date), to functions like Festivals, Corporate, Private, Theatres, Theme Cruises and Special Features on TV and Radio spotlights.

His proficiency on both guitar and vocals, have been the focus of a lot of attention from talent buyers, and his audiences, where people are hearing, what seems to be more than one guitar, only to find out that Hal’s knowledge and style on his instrument is at an outstanding level… with no computer gimmicks or pre-recorded tracks at all!

Hal has also mastered the music of The Beatles and has been hailed as “The World’s Best Beatles Solo Act”, and to this day, he can perform all 214 Beatles” songs in all their original keys. He set a world-record in 2004, by performing every recorded Beatles songs in a non-stop medley in Cleveland, Ohio, in front of over 5,000 people. Hal is the only person in the world to be inducted to two separate “Beatles Halls of Fame”, one in Louisville, Kentucky, and the other in Liverpool, England. He has also been inducted to the “Nova Scotia Country Music Hall of Fame” in September 2015 and, on November 15###sup/sup###, Hal was voted as Readers’ Choice Winner for Musician of the Year 2016, by the Chronicle Herald Newspaper, in Halifax , Nova Scotia..

In his very successful career, he has had the opportunity to have performed with, or played on the same bill as many famous artists. Hal continues to dazzle and delight audiences while performing all year around to different venues in scores of cities and countries.