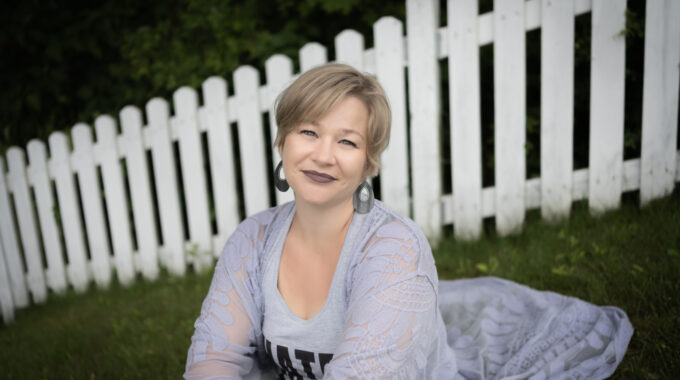 Heather grew up in an old fashioned, musical family. “We were known to make family concerts and almost started a family band just for fun” says Armstrong. She now has a family of her own – husband and two boys– and music is the center of their lives, too. Multiple generations of musical joy have surrounded her. Heather Armstrong is a singer/songwriter located in Nova Scotia, Canada. Her debut album, “Fearless Contribution”, was just released this August. Songs within the album are written as inspiration for budding musicians to “Go for it”, leaving fear behind. Inspired by Alicia Keys, Joss Stone, Annie Lennox, and Aretha Franklin, Armstrong fell in love with the voice of soul and this album has plenty of soul, including her own. Heather hopes to inspire musicians to remember how important they are, and to never doubt their ability. Releasing the joy has always been her goal for herself and her students. Heather Armstrong is the owner of Scotia Music, a business safely providing "every shade of the musical rainbow" From music lessons, to proper promotion, Scotia Music is there to help you. Music is the inspiration of Heather's life, and helping musicians has been her passion.