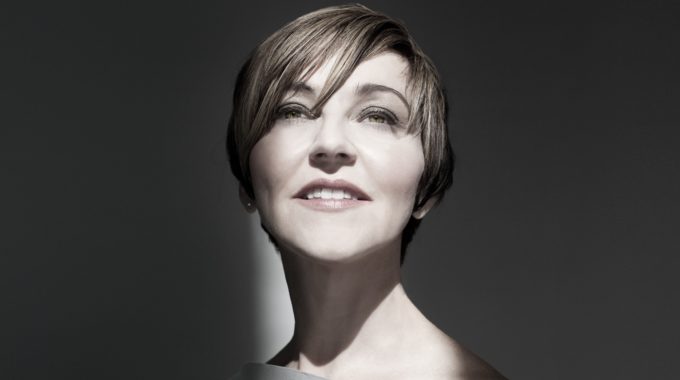 Heather Rankin - We Walk As One
BUY MUSIC
Website

After over 25 years of performing with her siblings, Heather Rankin comes into her own with A Fine Line, her debut solo record. This is Heather Rankin like you have never heard before, breaking away from The Rankin Family’s signature sound and forging her own musical legacy with her poetic, intimate original songs and an eclectic mix of others.

Perhaps the most dramatic sense of balance in A Fine Line is Rankin’s graceful sense of balance between her own musical past, present, and future. Her voice has been shaped by the Gaelic traditions of her home and the years she spent singing the songs of her brothers and sisters. Here, her voice is set free, and often euphorically so, in a way previously unheard. After more than 25 years in the business, A Fine Line suggests that we are only just now getting to know Heather Rankin.

Heather Rankin is a singer, songwriter, actor, and member of the 6X Juno Award winning band The Rankin Family. As a solo artist she has released two albums, A Fine Line (ECMA/Juno Nom.) and Imagine (ECMA Noms.) Her music video for “We Walk As One” (dir. Scott Simpson) was nominated for ECMA’s Fan’s Choice Video of the Year and her music video for “Titanically” (dir. Thom Fitzgerald) was nominated for ECMA and Music Nova Scotia Awards for Video of the Year. She has taken her solo show to venues across the country, including headlining the Lunenburg Folk Harbour Festival, hosting Songwriters’ Circles at ECMA Week, and most recently performing with Symphony NS and the Calgary Philharmonic. She was nominated for a 2019 ECMA for Fan’s Choice Entertainer of the Year. In 2017 Heather was named a Canada 150 Ambassador and she took part in the Canada C3 Expedition on Leg 2 between Montréal and Baie Comeau where she co-wrote the song “River of Nations” with Alex Cuba and Andrea Menard. She has recorded and performed with many artists including The Chieftains, Johnny Reid and Carly Simon.

2017- JUNO: Adult Contemporary Album of the Year (A Fine Line)

2017- We Walk As One Concert- Grand Opening of Celtic Colours. Sydney, Nova Scotia.

“There are few surnames in Canadian culture that carry an immediate association with musical tradition like that of Rankin,” according to Beat Route magazine. “Heather Rankin has accumulated a half-century of unique insights and artistic inspiration.” (CAN).

“Overall, the album highlights Rankin’s ethereally sweet and evocative voice, along with her growing confidence as a songwriter with a melodic touch. It’s an album she hopes will become part of the soundtrack of family holiday celebrations through its blend of the timeless and contemporary… Another highlight is the lush and melodious “Dark Eyes (Lullaby)” featuring Alex Cuba, who Rankin met while both participated in the Canada C3 Expedition, a Canada 150 initiative to promote diversity, reconciliation, youth engagement and the environment. In highlighting such musical diversity, Rankin has succeeded in her goal of bringing together a collection of songs that embody the spirit of togetherness, warmth, and family.”-  fyi music news (CAN).

“Released last year, the album saw Rankin finding new ways to shape the Celtic sound of her past work and, in some instances, create entirely fresh songs that utilized material you may not expect. A Rankin and rap? It happens on Heather’s cover of Tears for Fears’ 80s hit “Everybody Wants to Rule the World” by way of Halifax rapper Quake Matthews.  The albums mixes have a more electronic base, a surge of energy that was a cognisant shift for the musician moving not just into a new chapter of her career but an entirely new book.”- Ottawa Life. (CAN).

“When it comes to covering Christmas music, you always want to make sure your renditions stay true to your artistry and character. Rankin captures herself through delicate and precious arrangements of some of the most well-known Christmas songs ever released. Both “Silent Night” and “Have Yourself a Merry Little Christmas” have subtle elements of Rankin’s influences and natural sound. Rankin performs the classics with ease and emotion. The album’s title track, “Imagine” is also a cover of the John Lennon staple. Rankin performs the song in only the way she could. Leaving the listener mystified and emotional, “Imagine” is captured beautifully and blends with the consistency throughout the entire album… With your first listen, you might not think you are listening to a Christmas album, but what Rankin delivers is a love for music and a love for the holiday season. It isn’t conventional and practical, which is what I love about it. Rankin creates songs that are original and arrangements that are fitting for her style. You can listen to Imagine throughout the holiday season and the rest of the year. With a strong message about love and coming together, Rankin uses Imagine to deliver her positive musical message.”- Canadian Beats. (CAN).

“[Rankin’s] CD is elegantly eclectic – a mix of traditional and contemporary. And it comes with an evocative John Lennon cover, which is the title track.”- The Guardian (CAN).

“The first single from the album, Wrap It Up, is everything we could have hoped for from the former Rankin Family performer. It’s a toe tapper, it’s a good timer, it’s a fun tune that you might just catch yourself humming along to. With references to kitchen parties and stealing kisses under the mistletoe, Wrap It Up is a great introduction to the original music on Heather Rankin’s album.”- The Reviews Are In (CAN).

“Overall, this is a solid solo debut from Heather. A Fine Line stands apart from her work with The Rankin Family while also giving fans what they love. Her beautiful voice delivers the songs with power and emotion, hooking the listener until the last note rings out.”- Canadian Beats (CAN).