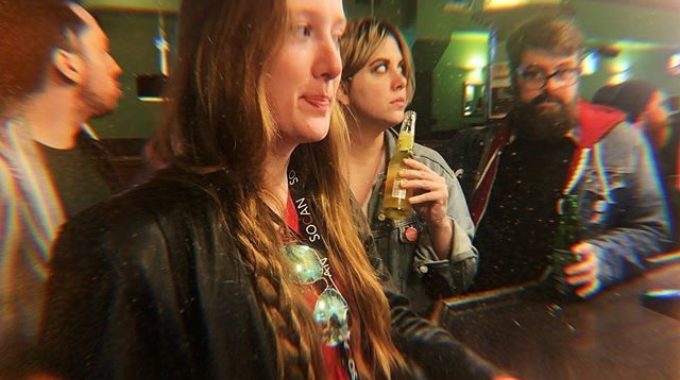 Hello Delaware blow apart the quietness with their bombastic glam punk pop. Frontwoman Dana Beeler uses her body as a weapon on stage, whilst the band swing from The Big Moon-like power chords to sludgy, Lommi riffage. The band will win fans wherever they go, their presence as memorable as their hooks. (Max Pilley, Under The Radar Magazine, UK)

Hello Delaware’s blistering, dynamic live show has taken the band to stages shared with Hollerado, The Glorious Sons and The Wooden Sky, cities across Canada and the Atlantic Ocean, where the quartet made its UK debut at The Great Escape and Focus Wales festivals in the Spring of 2018.

New songs, literally plucked from Beeler’s dreams, molded into art by the band and produced by In-Flight Safety’s John Mullane, will arrive eventually in 2020. Until then, catch Hello Delaware out on the road, getting louder, stronger and trying even more new things.