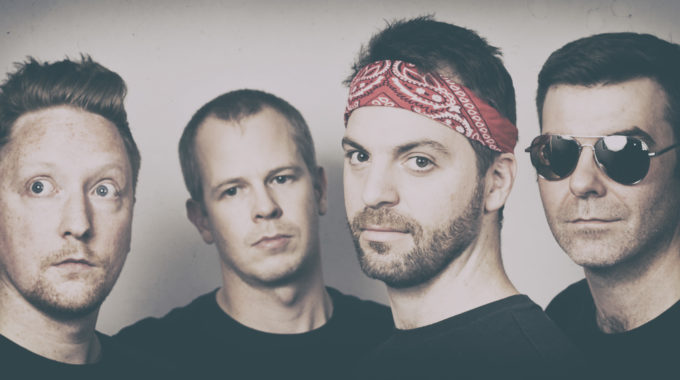 Hot x Proxy (noun, adj.-\Hot by Proxy\) (HxP) is a delicious 4 piece rock band from St. John's, NL. Formed in 2014 by Lucas Coady, Chris Hynes, Jamie Noseworthy and Jay Adams, HxP hold a strong belief that people hear with their eyes as much as their ears, and have garnered a reputation for their musical sensibilities as well as their high octane performances. The band has been a very active fan favorite since its inception, playing on all the major St. John's stages as well as in Trinidad for the Club One New Releases Web series. In 2019 alone, HxP performances include MileOne Stadium for the Newfoundland Growlers audience, St John's Ribfest, CamplifyNL Festival and opened for Metric at The Iceberg Alley Performance tent among others. HxP has woven itself deeply into the local music scene and, make no mistake - This Band Rocks!!!

Heads up for the new album dropping Spring 2020!