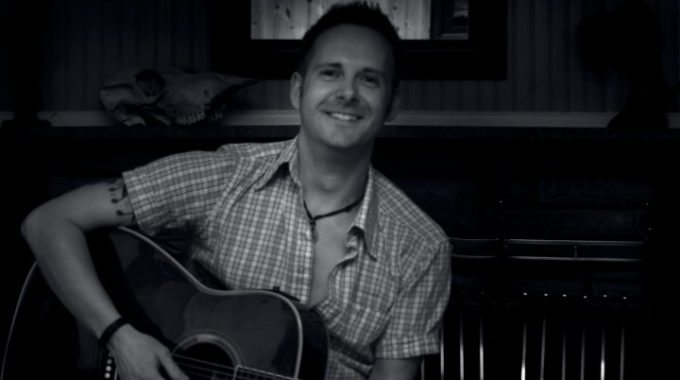 Ian Alistair Gosbee is a multi-instrumentalist, DJ and singer-songwriter. Gosbee earned top 10 props on several Canadian charts, airplay on regional radio and amped up an already fervent North American and U.K. fan following. He is released his fifth album called 'Life is Good' in 2019.

#1 in Canada on www.reverbnation.com for over a year and the single 'Life is Good' hit #1 on the East Coast Count Down, debuted at #10 on New Canadian Music Charts for emerging artists. Featured in the Chronicle Herald as 'Pick of the week', ‘Song of the Day’ at Music Nova Scotia and Top 10 on OurStage.com

Ian was chosen to represent Mainstreet Nova Scotia in CBC Radio's Searchlight competition (over 3000 entries) and was featured on the popular website ReverbNation's homepage. He won Long and McQuade’s Head to Head Music Showcase nationally for original music, Denmark Productions Recording Studio (ECMA Studio Nominee, Music NS Studio of the Year) song contest winner and was the featured artist for Music Nova Scotia and Lite 92.9 'download of the day'

A breath of fresh air in an atmosphere of anger Ian Alistair Gosbee's 'Life is Good' truly is a refreshing listen. Tracks like 'Dance' deviate from the signature Pop-Rock of the LP but add an interesting 80s underground groove to the project. Optimism is the overall theme encompassing the 9 tracks that make up 'Life is Good' making it note only an easy and fun listen but also much needed motivation music. Electrifying guitar solos accentuate tracks like 'Does She Know' and the title track 'Life is Good' only adding to the energy of the LP. Ian Alistair Gosbee's 'Life is Good' is not only a powerful statement but also a powerful musical project.

No matter where his career has taken him in the past, or will lead him in the future, Ian will never forget his Nova Scotian roots. Lending his talents to various charitable organizations around the province, Ian Gosbee is also a FACTOR, JUNO, ECMA, Music PEI juror.

Ian will continue to expand his repertoire; entertaining, and amazing audiences for years to come.