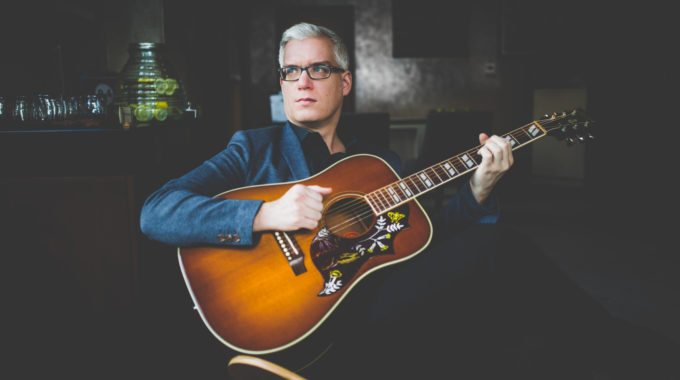 Ian Foster, native of Newfoundland, Canada, is a storyteller. That music is the way he tells those stories only makes the telling richer still. Modern folk wrapped in Canadiana, Ian’s writing style belies a love of history, home and the humble tale. CBC’s Bob Mersereau described him as being “a fine example of what a 21st century folk performer should be doing.”

Often likened to Canadian songwriting icon Bruce Cockburn in both writing and guitar style, and artists like Daniel Lanois for his atmospheric approach to sound, Ian’s music has been described as thoughtful, introspective, cinematic, hopeful, atmospheric, and cathartic by critics and fans alike. He has numerous awards, nominations and co-writes to his credit, including SOCAN Songwriter of the Year nominations, Lyric finalist for the International Songwriting Competition (Nashville, TN), and a co-write with Canadian songwriting legend Ron Hynes.

His 2017 release Sleeper Years marks several years’ artistic growth for the artist. In the years since his last album, The Great Wave, Foster has toured internationally, produced critically acclaimed and award winning albums for artists like Kat McLevey and Melanie O’Brien, and has toured with his second short film, Keystone,which was called one of the top ten short films of the year by the Calgary International Film Festival. The results take shape on the new album, with bold new material like Killing Frost alongside cinematic pieces like Our Love Was. Even primarily acoustic songs like Feels Like It Wants To Rain and Postcards are made lush with the presence of organs, strings, piano and subtle soundscape that strive only to serve the song.

Ian has toured in Canada, the U.S, Germany, The Netherlands, Austria, and Italy, and has had his music played on radio internationally. With the release of Sleeper Years, he will return to all these places. He has performed his music for audiences of all ages, from school workshops to seniors’ homes, festivals in Canada, U.S., and Italy to soft seat theatres, churches, pubs and house concerts: the constant has been connection with the audience.

Ian continues to wear many musical hats: touring songwriter, music producer, film director, writer, and composer. All of these different facets come together on Sleeper Years like never before.