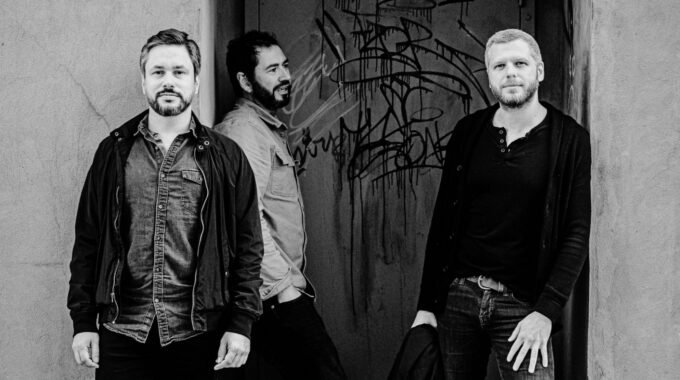 Big Space is an instrumental progressive jazz trio from St. John’s, NL. Formed in 2013, the band features guitarist Grant King, bassist Ian Murphy, and drummer Ashley Chalmers. Their 2021 album “In Relation To” was acclaimed by both jazz and alternative media in Canada and abroad, with the UK’s Jazz Journal praising it as “a brilliantly original album” and DOMINIONATED calling it “a dizzying jazz-rock journey”.

Big Space plays an original mix of jazz and rock, with a focus on improvisation. The trio is all about taking chances and catching moments of inspiration, whether in the studio or in their exciting live performances. They have performed at Lawnya Vawnya, the St. John's Sound Symposium, the Music at Harbourside Series, and the Wreckhouse Jazz & Blues Festival. In 2016 they released a live album, “Live at the Levee”, which included live videos for each song.

In 2021 Big Space released their studio debut “In Relation To”. Ranging from contemporary jazz fusion to instrumental rock and atmospheric soundscapes, it was recorded live-in-studio with no overdubs to capture the interplay between the three musicians.

In 2022 Big Space received the Gerry Porter Award for Creative Improvised Music, awarded at Sound Symposium XX, and they are also nominated for Best Instrumental Artist/Group at this year's MusicNL awards.

IN RELATION TO - PRESS HIGHLIGHTS

"In Relation To is a brilliantly original album..." - Jazz Journal (UK)

"This live-tracked record is an immensely enjoyable and well-balanced set of instrumental pieces." - The East (Canada)

"Math, jazz, prog, post, funk - everything is mixed for endless surprises" - Grotesqualizer (US)

"Tastefully incorporating elements of math-rock, post-rock and funk into their blend of fusion, the trio’s firm grasp of the songwriting process is consistently on display." - The Whole Note (Canada)

"...leaves you in a constant state of anticipation for what's to come" - Cups N Cakes Network (Canada)

"Big Space they are and big spaces they create... taking us further than we ever expected when we first pushed play." - Best of Jazz (Sweden)