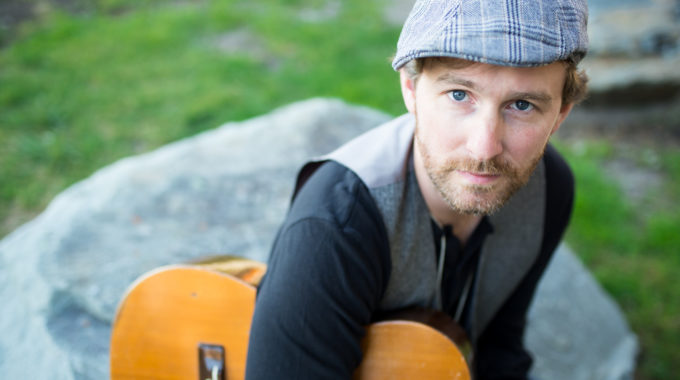 Halifax based singer-songwriter Ian Sherwood is in a constant state of creative motion. When he's not delivering his signature one-man high energy performance across the country he's often penning tunes for and with other artists and writing music for theatre, film and television. He is a multi award-winner musician and was named Contemporary Singer of the Year by the 2013 Canadian Folk Music Awards. His song “Firefly” has just advanced to the semi finals of the Canadian Songwriting Competition.

“… impressive guitar work amid catchy hook lines galore, surely the main thought in the room was, “Yep. It's only a matter of time before he's a household name.""
-Todd MacLean, Charlottetown Guardian

“You know that Silk Soy Milk? The chocolate kind? That's what his voice sounds like."
-Shaun Majumder, Comedian