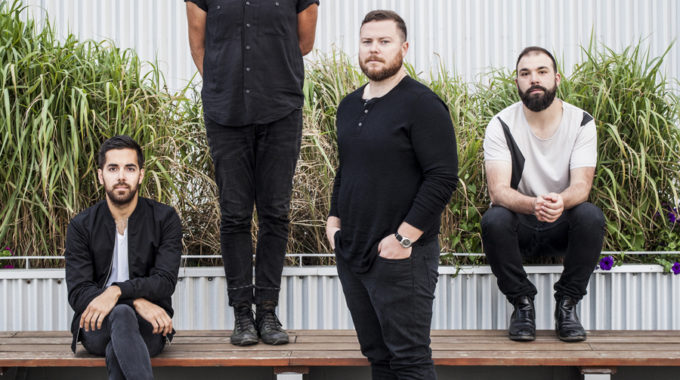 Halifax, Nova Scotia is a coastal city – a Canadian indie music hub since the 1990's, nestled among ragged shorelines of the Atlantic Ocean. From this home base, In-Flight Safety has been crafting thoughtful, melodic indie rock that's made its way across North America and Europe.

There's been a lot of praise and accolades over the years, from television placements to awards, but the band still had growing to do. From The Coast is Clear (2006) to We Are an Empire, My Dear (2009), In-Flight Safety was building a solid fan-base in North America, the UK and Germany. Whether it was a performance on BBC Radio in London or a SXSW showcase, the band was outwardly focused during those years, playing copious shows and making new music for their fans.

Pre-2011 In-Flight Safety was by all accounts an extrovert. In 2011, the gears shifted. John Mullane (Vocals/guitars) spent time scoring films and Glen Nicholson (Drums) went to school to study architecture. At a glance the band had a record's worth of new material ready to go. “At the end of 2011, I listened all our demos but all I saw was trees. No forest. I called Glen and was totally honest. To me, that's when we started working on the album – during that conversation," says Mullane.

From this introspection, confidence and maturity, Mullane and Nicholson came together to construct Conversationalist. It was built, literally and figuratively, on the backs of thousands of conversations between Mullane and Nicholson. Inspired by contemporary bands like Wild Nothing, The Walkmen and DIIV, In-Flight Safety created an album that is true to their history, but their most adventurous and honest. “There's a celebratory feeling in the new songs. If we have a playful side, it's on this album," says Mullane.

The ten tracks on Conversationalist balance the light and the dark that is In-Flight Safety. You've got guitar hooks that will get stuck in your head and make you want to dance all night, but the imagery is more mysterious. It can be raw and haunting, but always uplifting with rich, thoughtful production that's anything but indie. Mixed by Gus van Go (The Stills, Hollerado) in Brooklyn NY, Conversationalist is crafted with meticulous attention to detail. There's beauty in opposites and this record is both pragmatic and ethereal, it builds and burns, leaving you wanting more. It's a love letter and a breakup in one album.

But even introverts need to get out. Conversationalist was released in the fall months of 2014 in Canada, UK, and USA. The band promptly headed out on the road across oceans and continents. It's good to talk.