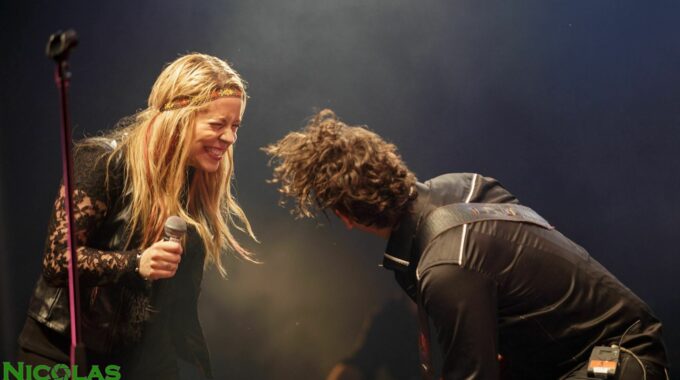 Known for her wildly charismatic stage presence and larger than life vocals, IZ has achieved success as a performer, songwriter, frontwoman for the band Angry Candy, and also now as a solo artist. To date, she’s played over 4000 shows internationally and has released three albums delivering singles such as “Caméléon”, “Donnez-moi la chance” , “Un jour à la fois…ouais!”, and the Henry Hirsch-produced single “Waiting”who’s album landed No.6 on iTunes Canada. Her newest single “Chasing Storms” just came out on August 27th and promises a return to Pop music with a full length album to be released later on this year.