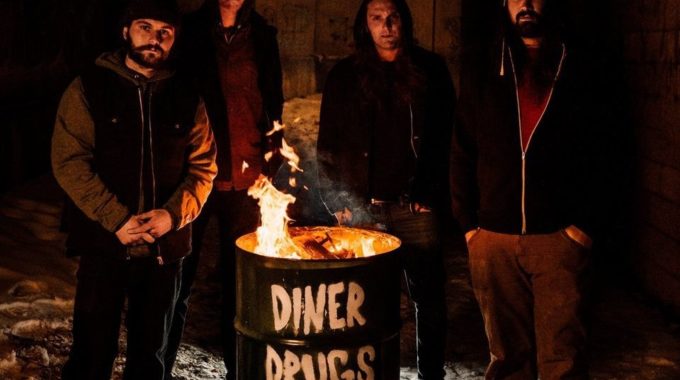 Diner Drugs is a four piece stoner metal punk crew, born out of a desire to defeat the boredom of east coast living. Diner Drugs is fast, loud and are always keen to turn up the heat with catchy chorsues and deep vocal harmonies while sticking to their deep stoner metal roots.

They’ve developed a reputation for their live performances, keeping themselves steadily on the road and are now certified road dogs lending east coast support for Cancer Bats and Dead Quiet along with Maritime, Ontario and Quebec support several times over for Heart Attack Kids and local support for heavy hitters Mokomaki and Red Fang.