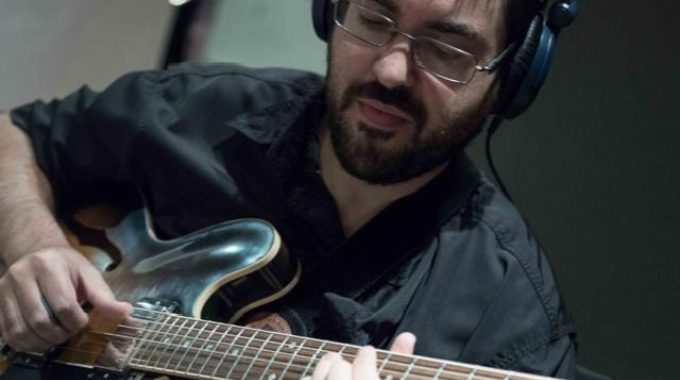 Guitarist Jake Hanlon has imprinted himself on the East Coast Canadian Jazz scene as a composer, performer and educator. Born into a family that prides itself on its Musical talent and the ties that bind people together through Art and creative expression. Hanlon has studied and performed in Canada and the United States. Hanlon has earned 2 nominations by the ECMA on projects for Jazz Recording of the Year for his albums as a leader, Follow in 2012 and Autumn Song in 2015.

As an Educator Hanlon was the Jazz Guitar Teaching Fellow at the University of North Texas in 2007-2008.  Since returning to the East Coast, Hanlon has been on faculty at Saint Francis Xavier University.

Hanlon also has been an active clinician and adjudicator in the Maritime Region working with music camps, festivals and frequently performs with the top talent in the Maritimes backing up prominent National and International Jazz Artists.

Hanlon is an alumni of the University of North Texas (Masters in Music) and Saint Francis Xavier University (Bachelor in Music). Hanlon also is an Alumni of the Betty Carter Jazz Ahead composition residency in Washington DC (2007).