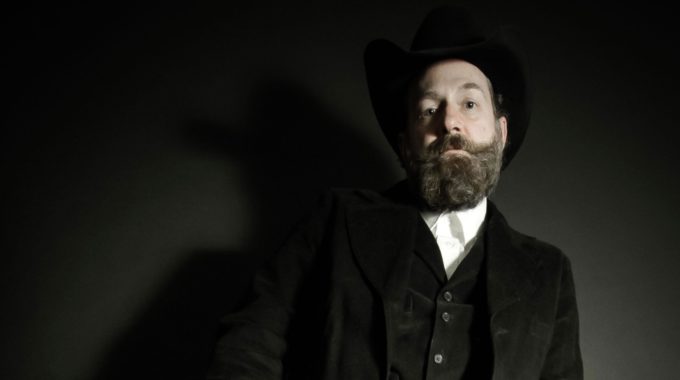 Jason Haywood's new album Americana album, Folklore began with the idea of a man walking across a frozen lake in heavy snow, not sure if the sounds he hears are the howling wind, the ghost of his murdered lover or the Devil himself. The song, The Ballad of Clara Leigheventually emerged from this basic concept.

With The Ballad of Clara Leigh as a strong starting point, Jason decided to explore other possibilities ranging from the spiritual realm, both good and evil, to songs about obsession, delusion, heartbreak and vengeance. Coming from a more traditional country music and Americana background, this album is quite a large step into the unknown for Jason, both lyrically and musically speaking. Where his last album, A Thousand Miles Since Yesterday, leaned more on a confessional style of songwriting, this album employs a more narrative "storyteller" approach.

Speaking of the process of working on this new album, Haywood says, “With this record, I wanted to focus on a more narrative writing style and get away from the confessional, singer-songwriter approach I had done before. It's fascinating writing from a character's point of view for a change, rather than just my own.”

Before embarking on his solo career, Jason was one of the founding members of The Divorcees, winners of the 2008 ECMA for Country Recording of the Year.