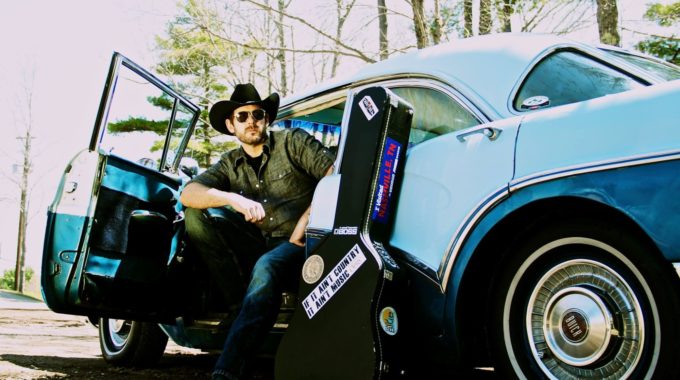 Jason bought a second hand guitar in December of 2011 to teach his kids a life lesson that if you stick to what you start, you will get better, and it will reward you in many ways. In less than a year, Jason played his first live public performance, wrote his first song, performed in a sold out soft seater show put on by a local promoter, and made his television debut on CTV's Christmas Daddies.

In May of 2015, Jason recorded his debut CD, "Grit, Guts and Country Pride" at Oceanway and OMNI Studios in Nashville, TN with some of Nashville's finest musicians. As the road to CCMA week approached in Halifax, NS, Jason showcased his songwriting abilities in a Songwriters Circle hosted by Michelle Wright. Jason released his debut album in August 2015, and followed it up with a very busy CCMA week. Jason also earned a showcase opportunity from Music Nova Scotia at Music Nova Scotia Week.

Bell Aliant identified Jason’s affable demeanor and he was asked to fill the role as a guest host for their 2015 Cavendish Beach Music Festival television special. He worked with many artists including Alan Doyle, High Valley, Wes Mack, Gordie Sampson and Port Cities over the course of the weekend.

In March 2016, Jason along with Tebey, multi-genre songwriter and artist, and Shawn Verreault, Wide Mouth Mason, traveled to Kuwait to play for the Canadian and US Military Troops. Most recently, Jason released his debut video, “That Others May Live” to YouTube; within a one-week period, he had over 8000 views.

Jason returned to the Cavendish Beach Music Festival in July 2016, not only a Guest Host for Bell Aliant, but he also performed on the RBC Emerging Artist Stage. He was fortunate to work with many artists including Tebey, Megan Patrick, JoJo Mason, Jason Benoit, The Road Hammers and many more.

It is Jason's baritone voice, his easy going demeanour, and a confident stage presence that immediately captivates his audience.